Our 2022 State of the Software Developer Nation report shows that 1 in 3 South African developers lists Node.js as their primary development framework. This makes it the most widely used framework in South Africa. Here’s an overview of average Node.js developer salaries by experience. 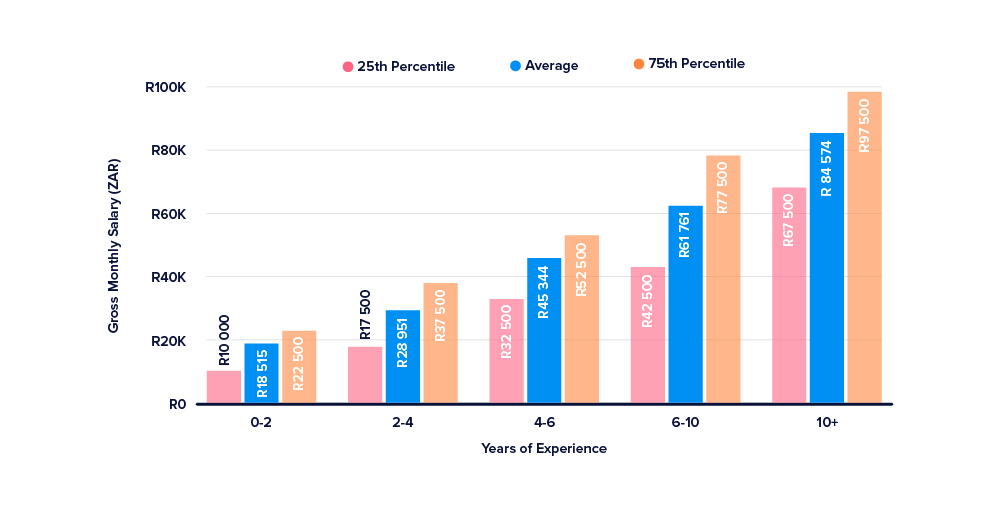 Their rapid salary growth continues at the 4-6 year experience mark when salaries for mid-level Node.js increase by 56.6% to R45 344.

A junior Node.js developer’s salary more than doubles by the time they’ve been on the job for over four years.

Salary growth for Node.js developers begins to slow once they become seniors. However, that’s not to say that there’s no growth.

Why the slow-down? In addition to senior developers generally changing jobs less often than juniors, companies also have to start thinking more about salary increases as a developer’s salary level becomes “more expensive”.

Average salaries are single data points and only one part of a bigger story. It’s expected that many respondents may earn significantly more or significantly less than these averages. However, we hope to map underlying trends by mapping the average salaries for different experience levels.