As developers try to keep their skills up to date and relevant, it can be hard to know what language to learn next and if this investment will pay off. We’ll take a look at what South African developers earn across the most desired backend programming languages at each stage of their careers.

Future-proofing your skillset can be quite a hard feat. Among other factors, like industry trends and the resulting demand for specific skills, one important element is a skillset’s earning potential.

In our State of South Africa’s Software Developer Nation report, we asked software developers what languages they want to work with next. Python, Go, C#, Java and Kotlin were the most desired backend languages among South African developers.

Let’s have a look at what a developer might earn with each of these languages.

How do salaries for backend programming languages compare? 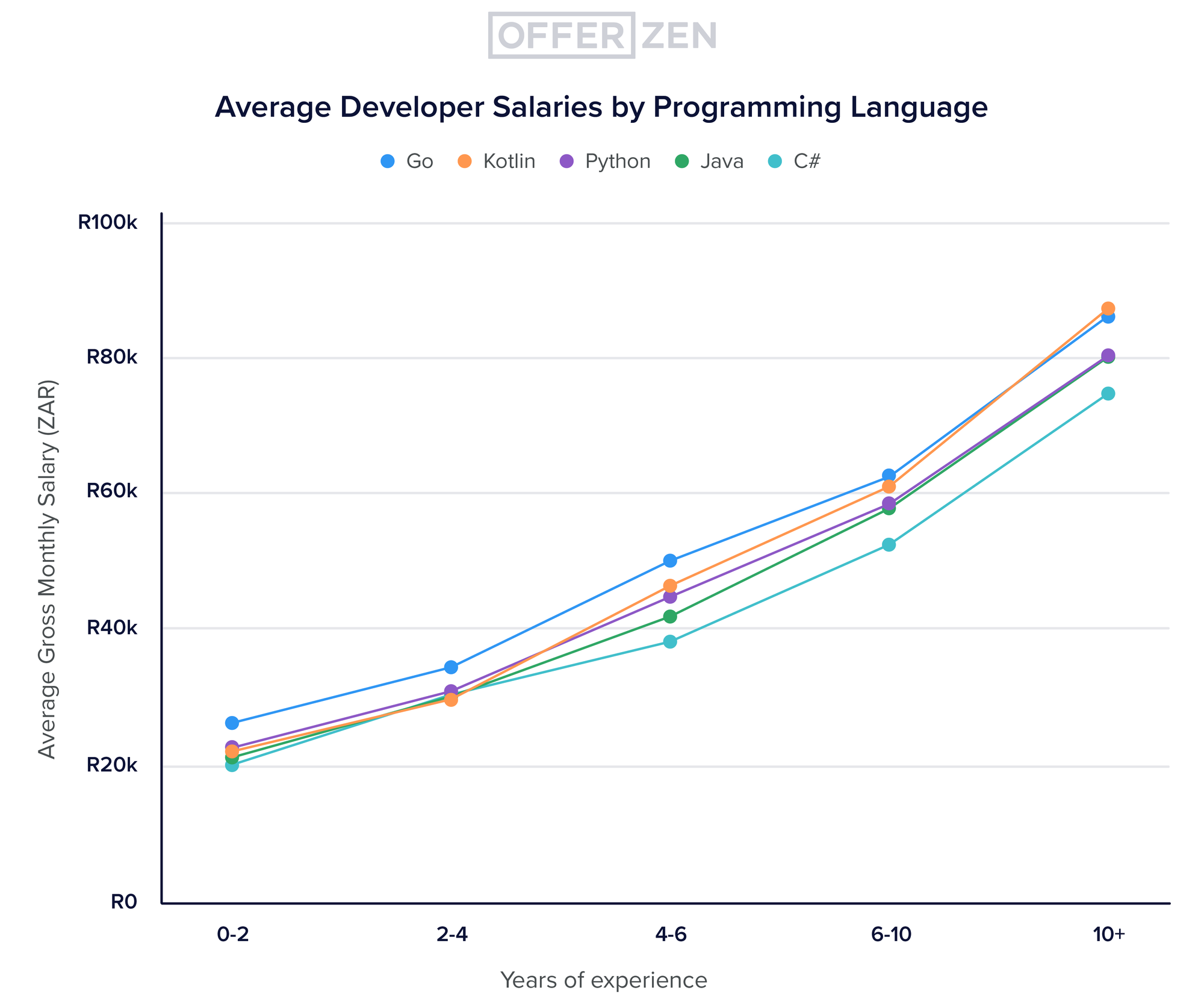 When looking at average salaries for each language, a developers’ experience makes a difference.

Kotlin, for example, is the lowest paying language for developers with 2-4 years of experience. They earn an average salary of R29 573 or roughly 16% less than Go in first place.

Among developers with 4-6 years of experience, however, Kotlin moves up to second place. At this point, the gap between them and their Go counterparts halves from 16% to 8%.

Let’s take a closer look at what software developers can expect to earn across each of these languages at different stages of their careers. 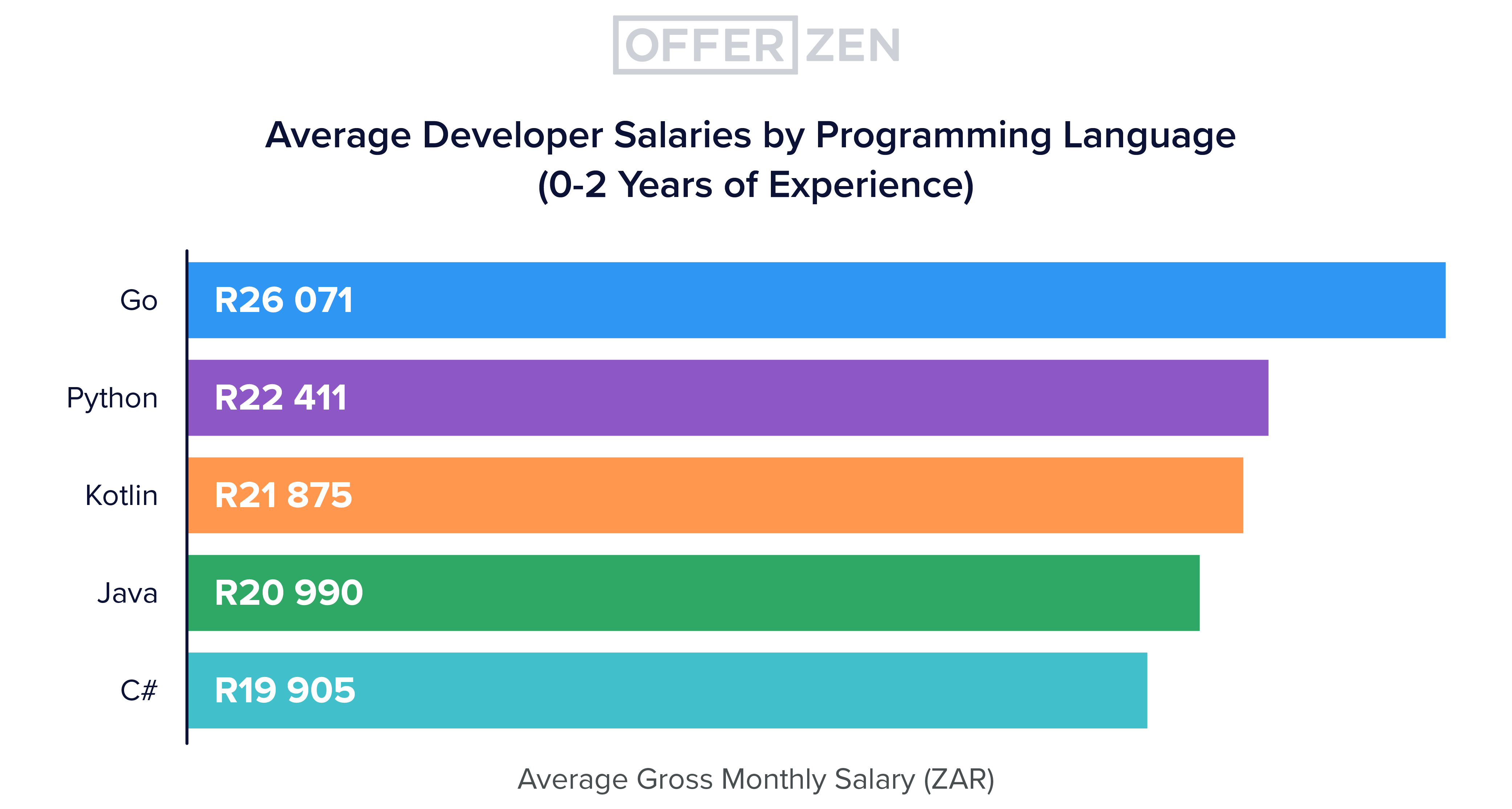 Go is the clear winner for developers with less than two years of experience:

The gap between the first and the last-placed languages is quite significant:

That’s not all: Go remains the highest paying backend language for developers until the ten year mark, although the salary gap to other skill sets starts to narrow around six years of experience.

The gap between languages narrows at the six year mark 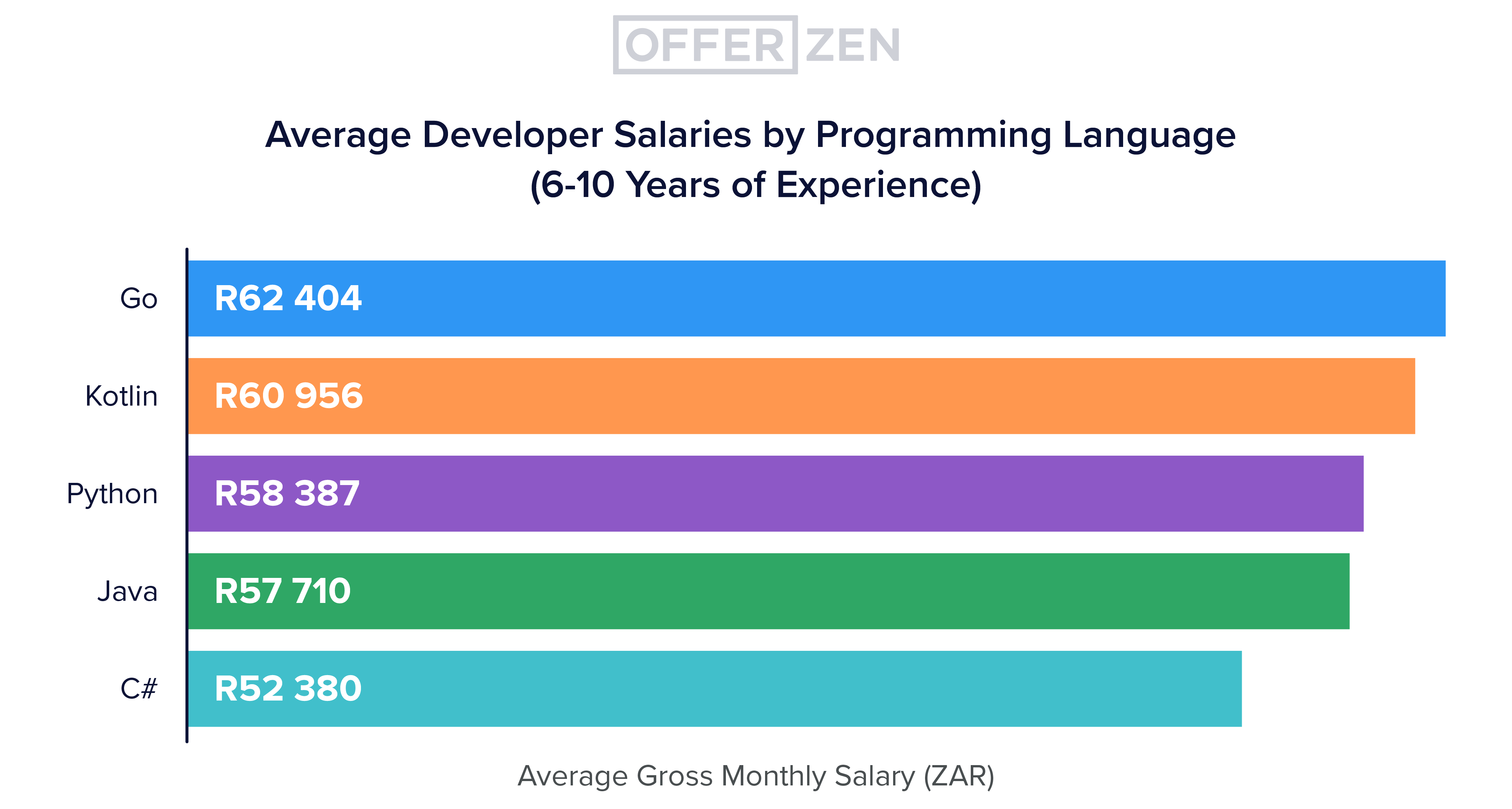 Go is the highest paying language for backend developers at the six year mark, but Kotlin developers have moved from third to second place with average salaries that are only roughly 2% lower than those for Go.

Interestingly, the gap between the first and last-placed languages nearly halves to roughly 17%.

This trend continues at the ten year mark. 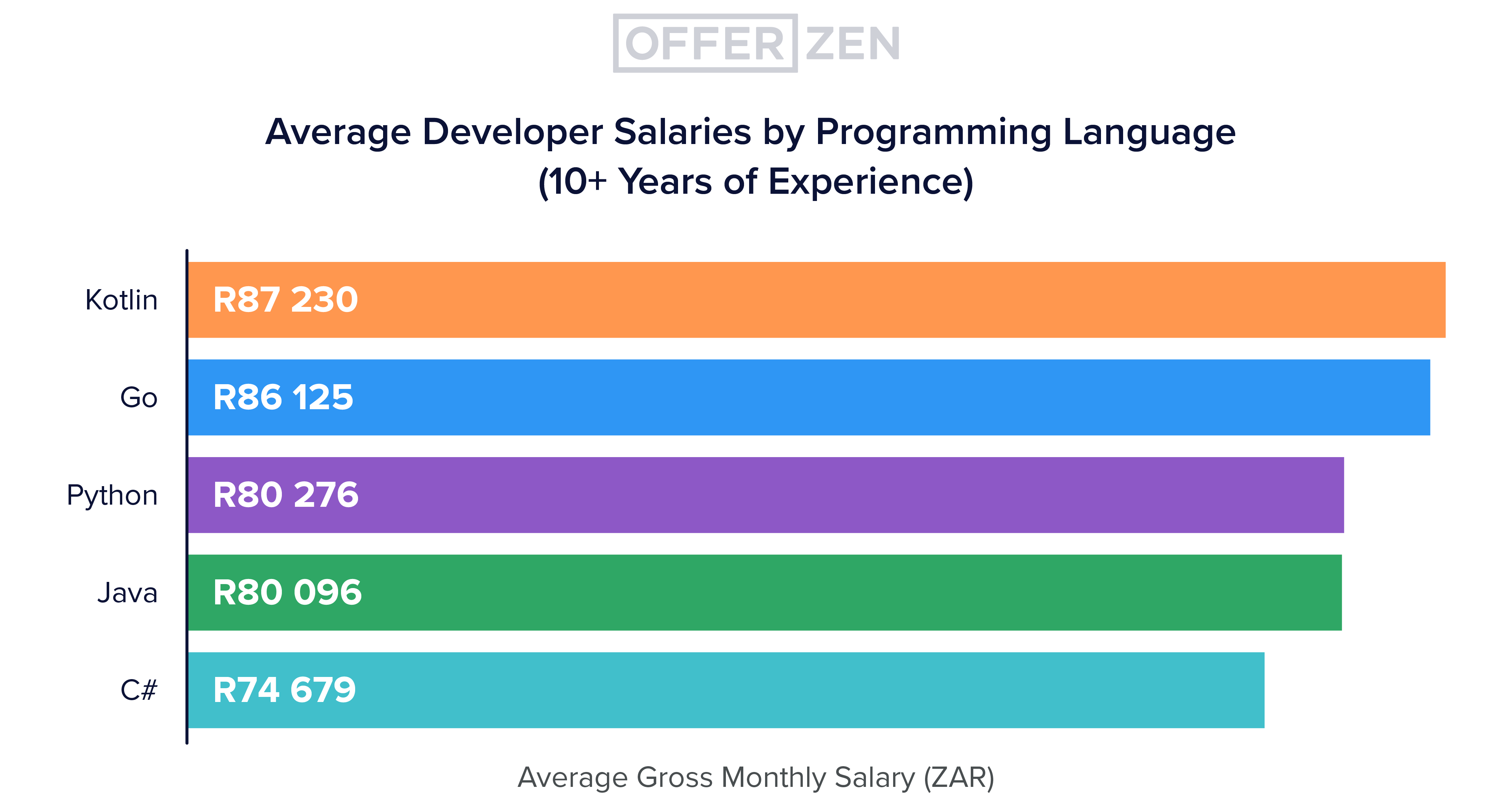 While Go has led the stacks until now, Kotlin narrowly becomes the most lucrative language for senior backend developers with an additional R1105.

While skill sets matter for the industries you want to work in, your earning potential largely balances itself out later on in your career.

The data in this article is taken from OfferZen’s 2021 State of the Software Developer Nation Report. In this article, ‘salary’ refers to the gross monthly salary (before tax) provided by more than 3500 survey respondents.

Salaries are dependent on the industry, individual, perks and nature of work. These factors all influence the salary a company will offer to a prospective hire. Most developers are “fluent” in several languages and this will affect the final figures as well.

It’s also important to keep in mind that every individual’s context is different. At the end of the day, salary is a personal conversation that should take place between employee and employer and should take into consideration the nature of work, perks, and other contextual factors like industry.