Tweakers Developer Summit: Key Takeaways on Being a Developer in the Netherlands

The global pandemic’s acceleration of existing tech trends – especially remote work, eCommerce, and digitisation – means skilled developers are in more demand than ever before. But what does it take to be a developer in the Netherlands? At the Tweakers Developer Summit our VP of Growth, Stephen van der Heijden, dug into what developers in the Netherlands have in common and what programming languages they’re looking to work with next. Here are the key takeaways.

In our 2021 State of the Software Developer Nation Report, we asked developers in the Netherlands whether they consider themselves junior, intermediate, or senior: 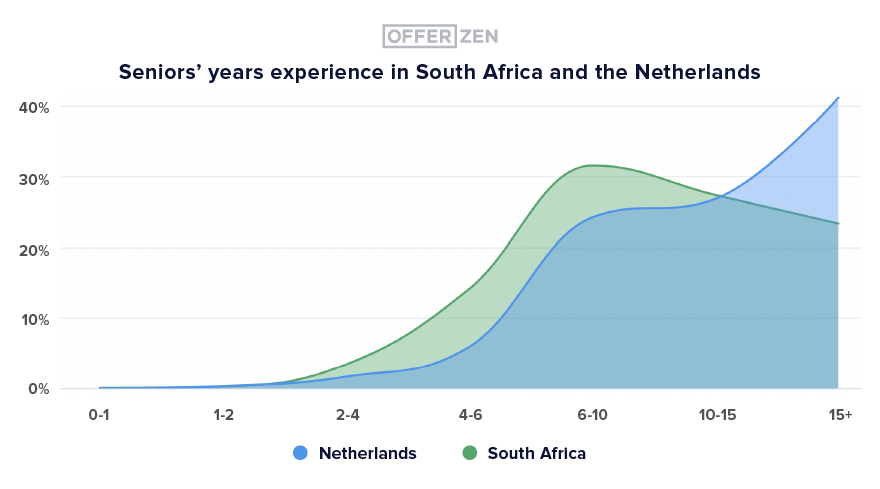 While there’s more to seniority than years of experience, senior developers in the Netherlands have coded professionally for more than 10 years.

However, the relationship between seniority and years of experience varies by region. Comparing developers in the Netherlands with their South African counterparts reveals an interesting finding:

Developers in South Africa consider themselves ‘senior’ earlier on in their career than those in the Netherlands.

This could have all kinds of reasons but one big one is this: The tech industry’s supply-and-demand dynamic is vastly different from other industries. There are more roles than there are developers to fill them - especially in fast-moving startups. This means that developers often have to take on responsibility early on in their careers.

Developers in the Netherlands have an early start 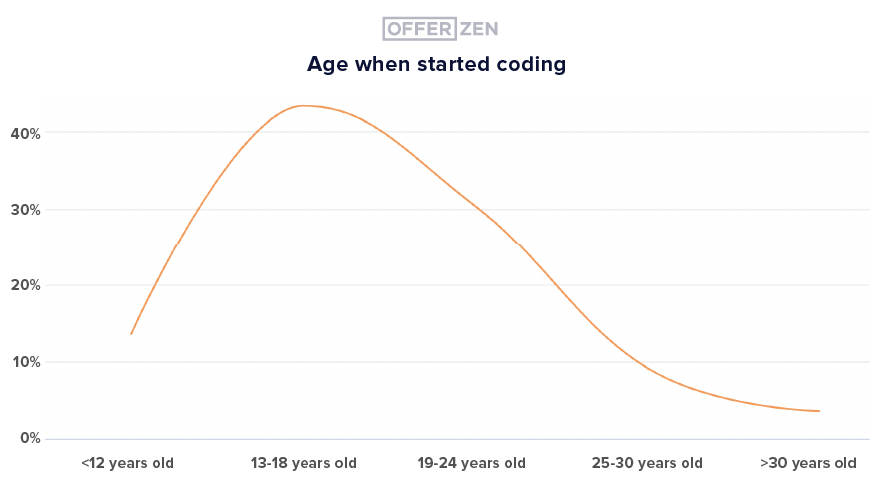 Most developers get excited about tech from an early age. In fact, 58% of surveyed developers in the Netherlands learnt to code before they turned 18. An earlier start also seems to give developers an edge in their careers: Senior developers learn to code from an earlier age than junior and intermediate developers.

AI and cloud computing is developers’ most promising industry 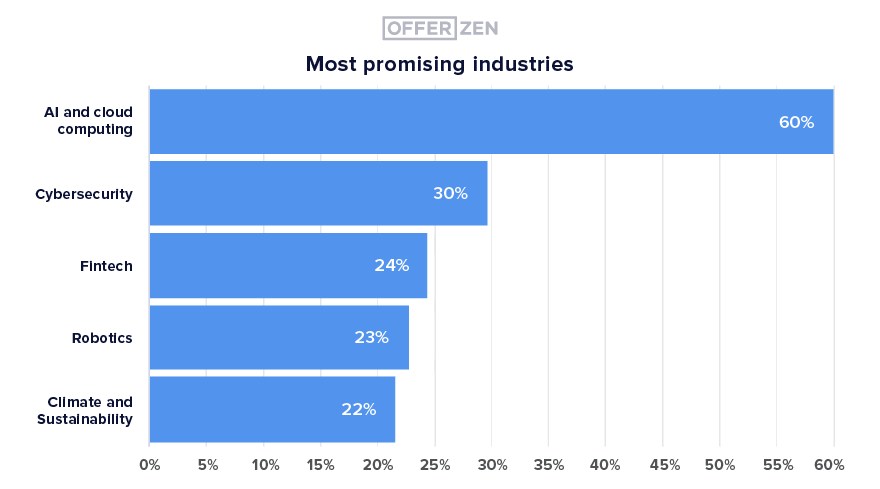 The global pandemic accelerated the shift to remote work, digitisation, and eCommerce. This shift shows no signs of slowing down and developers see that the future is data:

Cybersecurity and FinTech take second and third place respectively. This is no surprise as the shift to digitisation requires skilled developers building systems to keep customers’ sensitive information secure.

Python is the language of choice for 2021 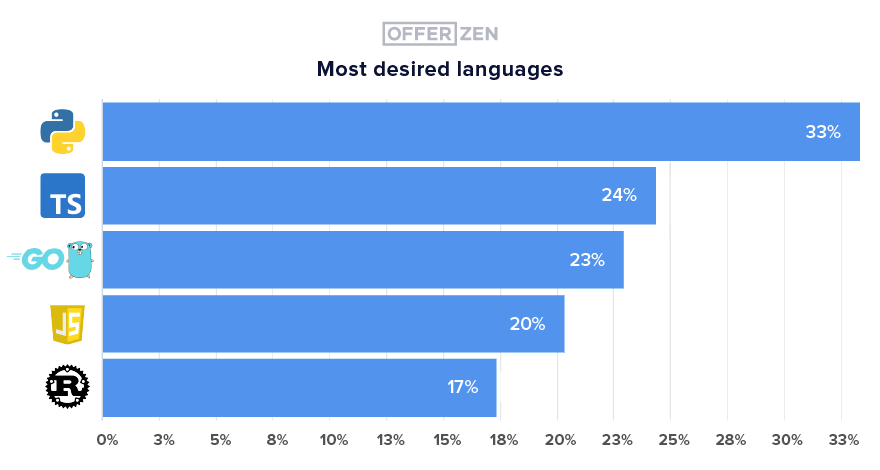 JavaScript may be the most used language for now, but most developers in the Netherlands list Python as the language they want to work with next. GivenPython’s prominence in the AI and cloud computing industries, this is unsurprising.

In fact, all the languages that round out the top 5 have applications in AI or cloud computing: TypeScript comes in second, followed by Go, JavaScript, and Rust.