Fostering Talent - CodeX on Training the Next Generation of Coders

Tech in Africa is disrupting many key industries - starting from communication, banking and energy all the way to health, agriculture, education and logistics. At the same time, South Africa shows a growing discrepancy between the increasing number of tech roles companies need to fill, the youth unemployment rate and the shortage of local coding talent available. OfferZen met with the founders of coding programme CodeX, Michael Jordaan and Elizabeth Heathfield, to find out why it is so hard to foster South African talent.

After nearly a decade at the helm of one of the biggest banks of South Africa, Michael Jordaan led FNB to be named the “World’s Most Innovative Bank” at the 2012 Global Banking Innovation Awards. His passion for entrepreneurship is one of the reasons he stepped down as the CEO of FNB in 2013 to start VC firm Montegray Capital and coding startup CodeX. “Success is simple,” he says. “How many sustainable jobs are we creating? As nearly every graduating coder gets a job, the only constraint is the funding required to educate more and more high-potential youngsters.”

His Co-Founder, Elizabeth Heathfield, is a US-born veteran tech journalist and executive producer. She has made hundreds of pieces, shows and series on technology and innovation, interviewing the people at the forefront of Africa’s digital future. This is also where she met Michael and heard firsthand about the industry’s struggles. “All these young people could be doing these jobs if only they had the right training. Our goal was to empower them with the skills to solve the big challenges of their communities.”

“Not to point out the painfully obvious but, the tech skills shortage is not just in South Africa,” says Elizabeth. “If you drive around San Francisco, you’ll see billboards for tech recruiting firms everywhere. I saw an article the other day about coal miners being retrained as coders.” Other African countries such as Nigeria and Kenya also see a rise of coding schools like Andela in Lagos, which has attracted funding by the likes of Mark Zuckerberg.

Whilst the skills shortage is not exclusive to South Africa, it’s particularly obvious here because of the discrepancy between the stifling unemployment and the huge potential of the country’s tech ecosystem. “Michael saw the problem when he was at FNB,” Elizabeth recalls. “There would be openings for hundreds of developers at any given time and they couldn’t find people to fill them.” Starting CodeX, the founders quickly realised that they needed to bridge quite a particular disparity:

South Africa is like two economies layered on top of each other: Whilst metropolises like Cape Town showcase a first world economy with capital markets and a developed tech infrastructure, this is not where the majority of people reside. The majority of the population is living in a largely informal, emerging economy that doesn’t have the opportunities, the education and the basic infrastructure of a digital landscape.

“In many South African communities, people are unaware of the career options created by the tech industry. Young people don’t always know what exactly a developer is or does.”

Youth who live in resource-lacking areas don’t necessarily develop technological literacy from an early age. This makes it a lot harder to make use of opportunities to self-teach coding through online resources. In addition, a widespread lack of reliable electricity as well as South Africa’s pricey data can make it very difficult to access the plethora of existing free online courses from home.

Whilst South Africa has internationally competitive universities that offer computer science courses, Michael points out that these are neither available to all nor always the most optimal way to breed a new generation of innovative coders.

“Firstly, much of what is taught at a university is lagging behind the real world. They are often not teaching the most highly demanded development languages and keep perpetuating waterfall methodologies when the world needs agile,” Michael says.

The second part of the problem is cost: “We have great youngsters in SA who just cannot afford a three or four year programme at a university,” Michael says. These gaps in South Africa’s public education system could be keeping a lot of talent from ever coding a single line.

“The education system is failing,” says Elizabeth. She thinks that there is no choice but to invest in other kinds of programmes.

“Even if everything about education was fixed tomorrow, it would take years before the economy would see that through.”

Another gap is that of work culture: “A lot of junior developers may not have had another job before, even their parents might never have had an office job before,” Elizabeth explains. This South African reality is still largely a result of the Apartheid system. Mentorship programs can play a big role in preparing these young people for the realities of western-style working environments.

It makes a big difference when companies put a special emphasis on educating up-and-coming devs - something that aligns with CodeX’ values. “Amongst others, we work with Allan Gray and Direct Axis as well as a whole bunch of dev shops who are really good with their mentorship culture,” Elizabeth says. After students go through paid internships for a few months to see whether things work, many of them get taken on as junior developers.

The challenges of innovation

Most of Michael’s career was spent in a large bank so he understands why innovation is hard within a corporate environment:

“Corporates act ‘rationally’ for the most part, but over time, they become captured by their own performance metrics such as short-term profit and are especially unwilling to slaughter their own cash cows when it is clear that they have outlived their usefulness.”

He holds that even practical things bring specific challenges: Legacy systems have become costly to maintain, for example, but for a large organisation to migrate to the cloud is usually a slow political decision.

Nevertheless, Michael draws on his involvement in startups that grew from within the FNB-group (like Outsurance, Discovery or eBucks) and believes that basic things like the ability to decide and implement fast can make a big difference to an organisation’s ability to innovate.

Despite these challenges, the South African tech-scene holds two specific opportunities that the CodeX founders are keen to seize.

As Michael points out, South Africa’s problem-solvers are inexpensive when compared to hubs like Silicon Valley. In addition, they have firsthand knowledge of the problems faced by emerging markets which gives them a concrete advantage over external innovators. Elizabeth sees this knowledge already actively being used by some South African companies:

“There are some great local startups like Jumo and Yoco building really interesting fintech products for emerging markets. I just think that there’s a lot more opportunity there.”

Since its beginnings in 2014, CodeX set out to tackle Africa’s shortage of programmers and foster a new generation of entrepreneurs through apprentice-style coding courses. When the program began two years ago, the short, intense course still looked like that of any other coding school. Their pilot quickly showed that the South African reality would require them to rethink heavily if they still wanted to achieve their mission.

For this, they first had to make the course accessible: Whilst the tuition per term is R30,000, students may qualify for sponsorship covering a portion of the fee and sponsorship of transport and living allowances. But for CodeX to really help people succeed, they needed to understand why so many young devs fail in the first place.

In the beginning, everybody on staff was university educated so that the CodeX team took a lot of things for granted when it came to the soft skills involved in taking on a role in a company. “The training is very much focused on web development and professional development, which is something that we learned that we needed to focus on over time,” Elizabeth explains. Junior coders had to learn how to work on a team, ask the right questions at the right time and be confident enough to know how to solve specific problems.

CodeX’s program also focuses on agile project management. “We have found that, together with really good up-to-the-moment, current web development skills, this works the best for our students,” Elizabeth says. “They’re learning the latest frameworks and they’re not learning a curriculum that was built 10 years ago like at university.” 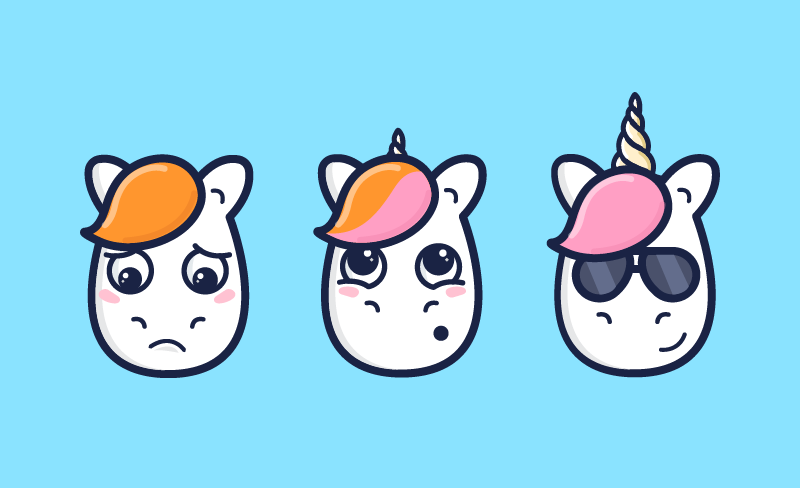 Many people’s socio-economic circumstances also make it hard for them to succeed - at CodeX and in working environments.

“Initially, we had this rule: miss a maximum three days and you’re out. But if we had done that, we literally wouldn’t have people.”

Supposedly basic things like transportation or doctor visits came to bite often because people were missing entire days of work or school. To accommodate their students’ realities, a lot of the key demos and retrospectives at CodeX were thus moved around to more comfortable days and times. To be able to do so, CodeX had to foster an open environment where students could speak about their specific situations. “That’s very much part of what our professional and personal development lead does: It’s making sure that people feel comfortable to be able, to be honest about what’s going on that prevents them from being at their best or being at CodeX on a given day.”

Michael notes that there are some very successful South African tech companies with customers all over the world that very few people locally have heard of. “The founders often continue living here under the radar for the great inexpensive lifestyle,” he says. “There’s a great community in South Africa, but I think that the country could do a better job at marketing itself as a startup destination globally,” Elizabeth agrees. What the likes of Silicon Cape have started in Cape Town could be extended and built on to attract even more talent to the growing digital sphere.