Jembi Health Systems (Jembi) deliver high-tech public health solutions to low-tech environments: As a non-profit healthtech NGO, they are developing health information systems for developing countries and training people on the ground to sustainably maintain the new technologies. We asked Software Development Manager Trevor Gowing and Technology Director Pierre Dane how they work around the constraints of their areas of operation. 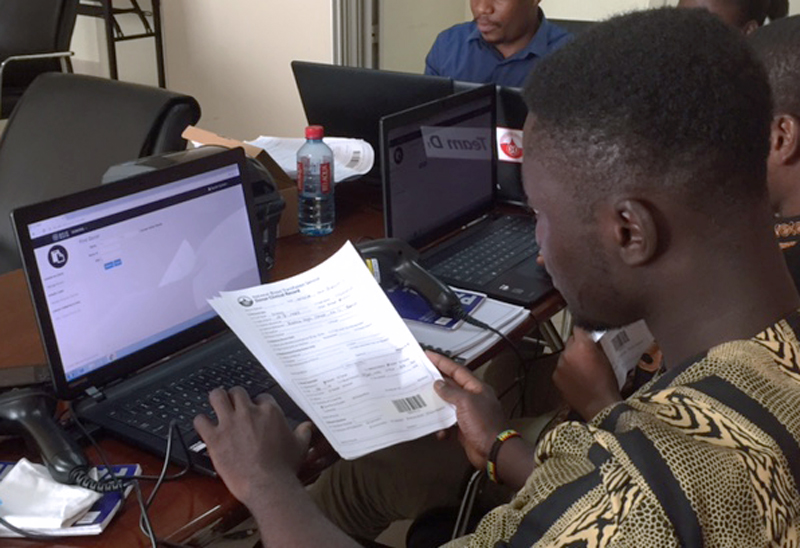 As a not-for-profit NGO, Jembi is funded through organisations like the Bill and Melinda Gates Foundation, the Centers for Disease Control and the WHO. Every grant is linked to a specific program or project focused on different end users. That means every product has multiple stakeholders: funders, national health departments, medical staff and patients. Each of these comes with their own interests.

To build successful products, Jembi needs to understand how their users (patients and public health staff) live and work in their specific environments. In the end, the success of a project depends on them using the application and collecting accurate data to feed the underlying system. That’s why the team has to make the technology as easy to use, robust and adaptable to constraints as possible. That can require certain trade-offs: “Sometimes, you then have to come up with a hybrid model where the viewing of data is electronic but the submission is on paper and captured later,” Pierre says.

One of the main constraints Jembi faces is a lack of technological infrastructure: In urban, technologically matured areas, public health services are relatively easy to access and distribute. Rural settings, on the contrary, often have intermittent electricity as well as unreliable cellular networks and internet connections. In addition to that, end users often only have access to the most basic technologies. This hinders health care providers to reach those who most need support.

In South Africa, for example, Jembi tackles maternal and infant mortality through a mobile service called MomConnect. UNICEF estimates that high-impact health care interventions could save thousands of infants every year. But without the necessary education, support and access to clinics, pregnant women and mothers in South Africa’s rural areas battle to receive information that could be the difference between life and death. 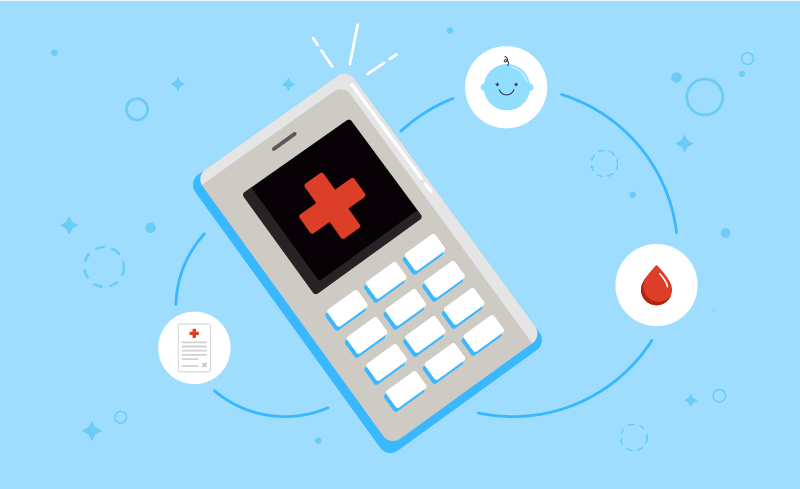 “But to actually reach everyone, even in some rural villages, you have to use the lowest common denominator when it comes to technology.”

Despite this constraint, the product itself is complex and consists of multiple layers:

In addition, the technology behind MomConnect allows for the interoperability between different public health organisations. It also enables other partners to integrate by using international health standards (HL7).

In other projects, the end users are local medical and administrative staff. In order to sustainably implement a system, the Jembi team’s task is not only to develop the underlying technology but also to train the administrative and medical staff.

“Ensuring that the solution is sustainable is about ensuring that we leave an infrastructure behind that the primary users can maintain once we are gone.”

The implementation process of the Blood Safety Information System (BSIS) shows this particularly well. BSIS is an information system that records, tracks and reports information across the core business areas of a blood service organisation - from the point of donor registration through to the distribution of safe, labelled blood and blood components. 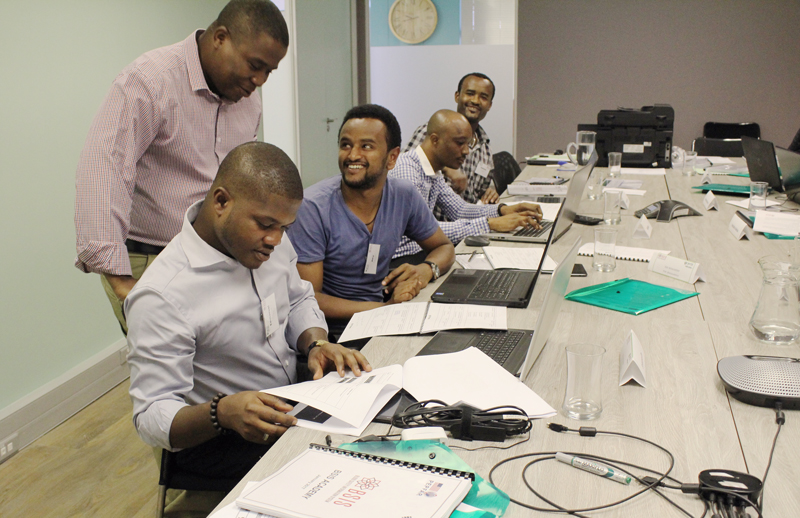 BSIS has by now been implemented in several countries across Africa where medical staff used to record blood donations on paper or excel sheets for decades. One way of accommodating their transition to digital data capturing was to design a technological solution as similar to their traditional operations as possible. That’s why Jembi often electronically recreates the ground staff’s well-known paper forms. “This makes their lives easier and that’s often quite a big factor in the decision-making process of what technology we would use,” Trevor says.

In addition, Jembi has an entire training department that tries to upscale and train people on the ground. Alongside the regular building and deployment circles for BSIS, the training team went on-site to develop documentation, interact with the people and help them through the implementation process.

In Ghana, for example, the implementation consisted of three training stages:

The failure to correctly identify patients

“Even if you overcome all of those aspects - the lack of connectivity and the lack of skills - you still have to properly identify the patient,” Trevor says. This is not only essential for the accuracy of data but, more importantly, for the public health system to function. In a lot of Jembi’s scenarios, however, countries don’t have the necessary infrastructure in place to ensure unique patient identification (UPI).

In fact, UPI is one of the biggest challenges of the public health sector - especially in developing countries with refugees and undocumented nomadic tribes. Often, people never had identification papers in the first place or are gaming the system because of their circumstances. Another problem are simple every-day mistakes like misspelled names and mixed up birth dates. “All of a sudden, you have 20 patients on file that are actually all one person,” Pierre explains.

This issue is exacerbated by the mix of foreign and local languages in many African countries. In Rwanda, for example, Jembi was tasked with building a health information exchange (HIE) but ran into a problem: The default algorithms used for matching records in the client registry were tuned for western names - primarily for Canada and the United States.

Rwanda, however, has multiple languages, including French, English and Kinyarwanda. That’s why many people have two first names, one in English or French and one in the native language. Kinyarwanda is phonetically so different from English that it rendered the soundex and distance algorithms supposed to help detect duplicates amongst the patient files useless. The default algorithms would merge records that should not be merged or not merge those that should.

That’s why the Jembi team needed to specifically tune the blocking and matching algorithms to cater for Rwandan names. With the help of academic experts in the field, they then settled on a modified set of algorithms leveraging logic from Double Metaphone, Jaro-Winkler and the Levenshtein distance. Afterwards, the expert team proceeded to load two million patients into the registry and de-duplicate the records.

Jembi also developed an enterprise service bus (ESB) to act as the health interoperability layer, called the OpenHIM. Its main aim was to manage the orchestration of all transactions to other services and enable the interoperability between all the components within the Rwandan HIE. This new architecture later formed the basis for the Open Health Information Exchange (OpenHIE) community and architecture which is now widely adopted across Africa and the world.