Up in the Cloud - Hyrax Revolutionises Drug-Resistance-Testing

Baruch met his soon to be Co-Founders, Prof Simon Travers (CEO), Dr Imogen Wright (CSO) and Natasha Wood (Scientist) in late 2012. “Amazingly, I found them on Gumtree, if ever you needed to believe in fate”, he says. “I had always been interested in genetics, so it was love at first sight.” 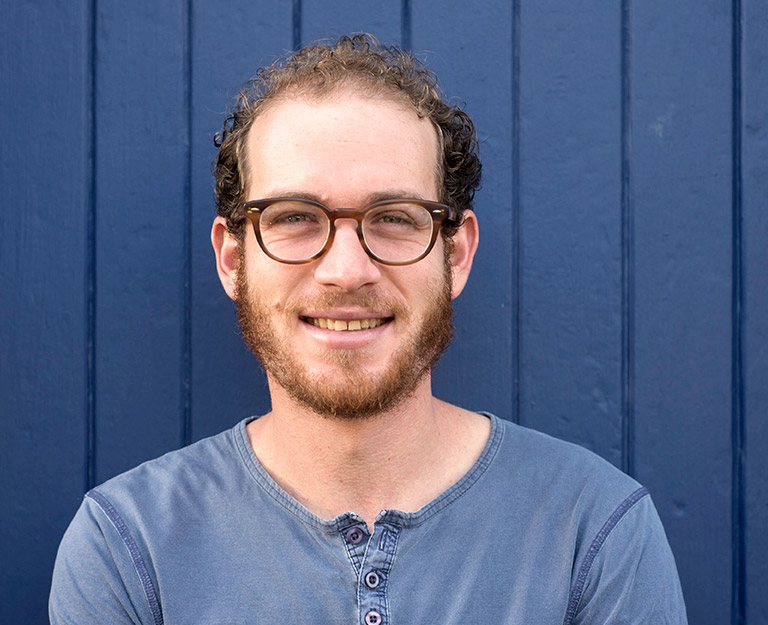 At the time, Simon led a research team at the National Bioinformatics Institute (SANBI) that had started to develop a system to test for HIV drug resistance. “They wanted to make their research software more applicable and accessible, so they brought me on to help package it as an online application”, Baruch explains.

HIV and the Challenge of Effective Treatment

HIV continues to pose an extraordinary challenge for medicine and the public healthcare system. In 2015, Statistics South Africa reported that 11,2% of the population live with HIV whilst WHO-numbers show that 14% of all South African HIV-positive patients develop resistance against the commonly prescribed drugs. One way to overcome this is to carry out a laboratory test to determine the viral resistance prior to treatment. But because drug resistance tests are relatively expensive, they are only done on people who’ve failed their first two lines of treatment.

The nature of HIV DNA makes this a specifically challenging problem. Human DNA sequences are almost exactly the same from individual to individual. “With HIV however, there can be multiple different strains and we’re looking for these single mutations that can appear at a rate of maybe around 5 percent in the gene we analyse”, Baruch explains.

How Hyrax worked to solve the problem

The existing algorithms were not suited to find mutations on such a small scale, but it’s exactly these 5 percent of the HIV that will survive despite the antiretroviral drug treatment, and begin to flourish. What the field needed was a very sensitive test to detect the really low levels of variation in the mutations. With funding from the South African Medical Research Council and the Department of Science and Technology, Simon and his research team set out to develop the test and algorithm that were needed. 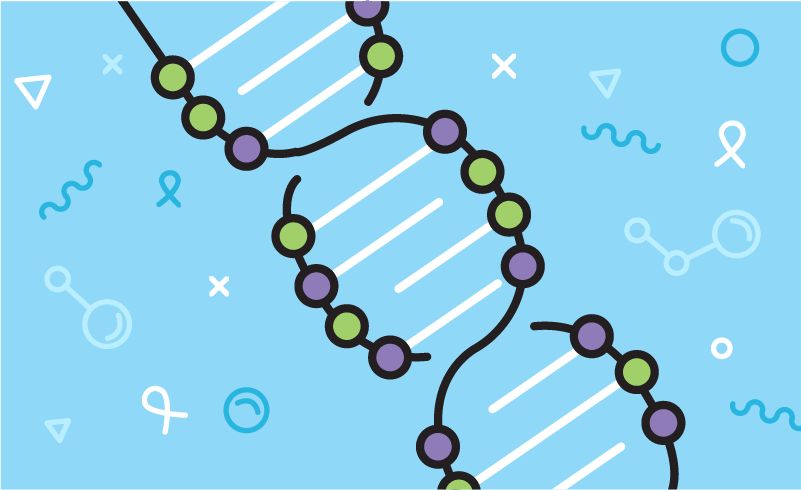 At the same time, a new type of DNA sequencing machine had come out, known as Next Generation Sequencing Machine. “What is unique about these machines is that they produce data by reading hundreds of thousands of DNA sequences in parallel”, Baruch explains. Compared to previous methods, this increases the rate of DNA sequencing substantially.

The online application Baruch has helped to develop is known as Exatype. It allows anyone to run a DNA analysis over the internet. The product makes it easier and cheaper to detect drug resistances in HIV patients, allowing more people access to effective treatment plans. “The clinician can upload the results from the laboratory DNA test onto our website and have the analysis run immediately. They then get a report on whether the viral sample taken from the HIV patient is resistant or susceptible to each drug on the market”, Baruch explains.

When they started building the online application, they initially used the servers at the university. They realised very quickly that the setup was ill-suited for the amount of data they had to process. The computation around the sequencing is very complex and requires significant processing, but only in short bursts. Given their specific requirements, they decided to make it a cloud-based application hosted on AWS. “We figured that it would be much better for us to pay a big, powerful computer for one hour than to buy the whole thing”, he says. 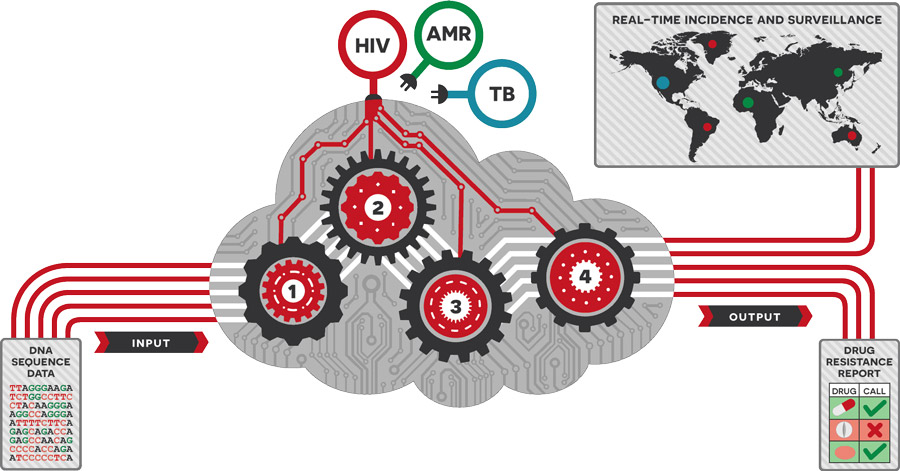 A cloud-based application also put them in a better position to scale horizontally. “The infrastructure we have now can run one, ten or 10 000 jobs at a time”, he says. The cloud can handle any load as it’s setup for the parallel processing of samples.

Because they deal with individuals’ health data, privacy and security were other aspects of the product they had to have in place. Hyrax has to comply with the Health Insurance Portability and Accountability Act (HIPPA).

This entails that all web traffic between users and the cloud is sent over HTTPS, and that the database on the disc is also encrypted. “Each job runs in a separate, isolated environment and behind a firewall. The API must be reachable over the internet but the machines that run the analysis are not. The data never touches the API server”, Baruch explains. That API server itself is also separated from the internet by a firewall and the results are encrypted and returned to the user via HTTPS.

With its roots as a research project, Hyrax is essentially still in the pre-commercial phase. The startup has two main income streams that, so far, haven’t brought in any significant revenue: researchers and pathology labs. “We charge a certain fee per report that we produce, so the customer basically pays per analysis.”

This issue is further complicated by the fact that the infrastructure for wide-scale testing doesn’t yet exist in South Africa. “It’s very nice that we’ve got this HIV drug resistance test that will hopefully become affordable to the South African public health system but in terms of their capacity, it’s unlikely that they’re going to be able to look at running large volumes of tests in the near future.” That means, that Hyrax won’t be seeing any significant revenue from a South African context any time soon. “We’ve basically had to look elsewhere”, Baruch says.

That’s why one of the new areas Hyrax is moving into is that of drug-resistant TB research. “For us, it’s obvious that tuberculosis is the current main emergency next to HIV. But then, if you look at the world, there might also be other diseases that are more prevalent in the first world that are affecting people who tend to have more money.” Now that Hyrax wants to go commercial, this is not an idle consideration.

“Changing our mindset from a research-based mindset to a commercial mindset without giving up the scientific integrity which we value so highly, is quite an interesting challenge”, Baruch notes. “Of course any disease is worth treating. People in resource-rich settings aren’t less worthy of health-care.” Hyrax now needs to decide how they will navigate between making money to sustain a successful company and focussing on the biggest emergencies in the developing context. 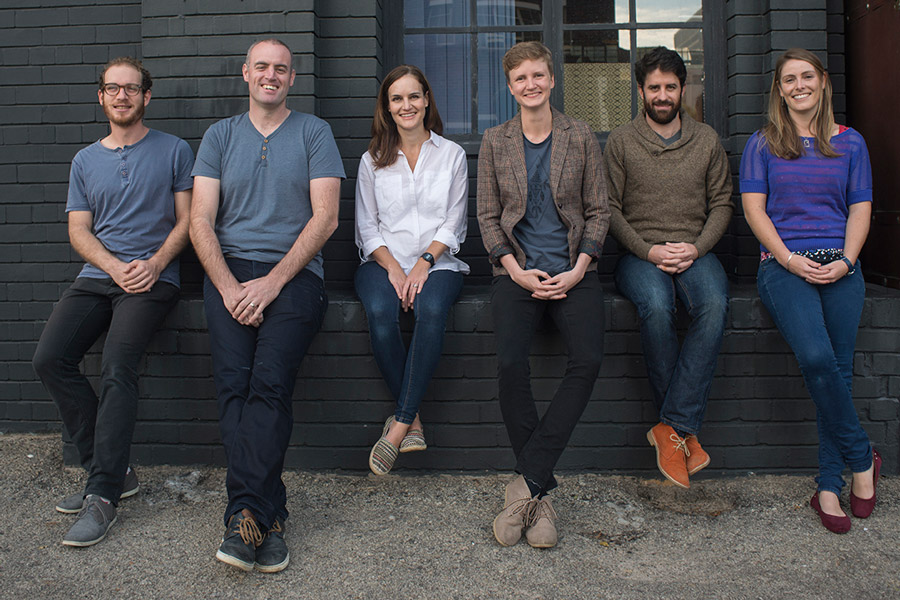