We’re creating documentaries to tell the tech stories that inspire people to keep creating and learning, and ultimately, unlock more potential in both themselves and the software they’re building. As part of OfferZen’s first documentary, Laravel Origins, we’ve also created a developer-must: Swag. Here’s an unpacking of the design for the swag lovers and private detectives.

Through community references, the Laravel story so far, and some of the top contributors of the framework featured in the documentary, we’ve pieced together a collage of ‘all things Laravel’. 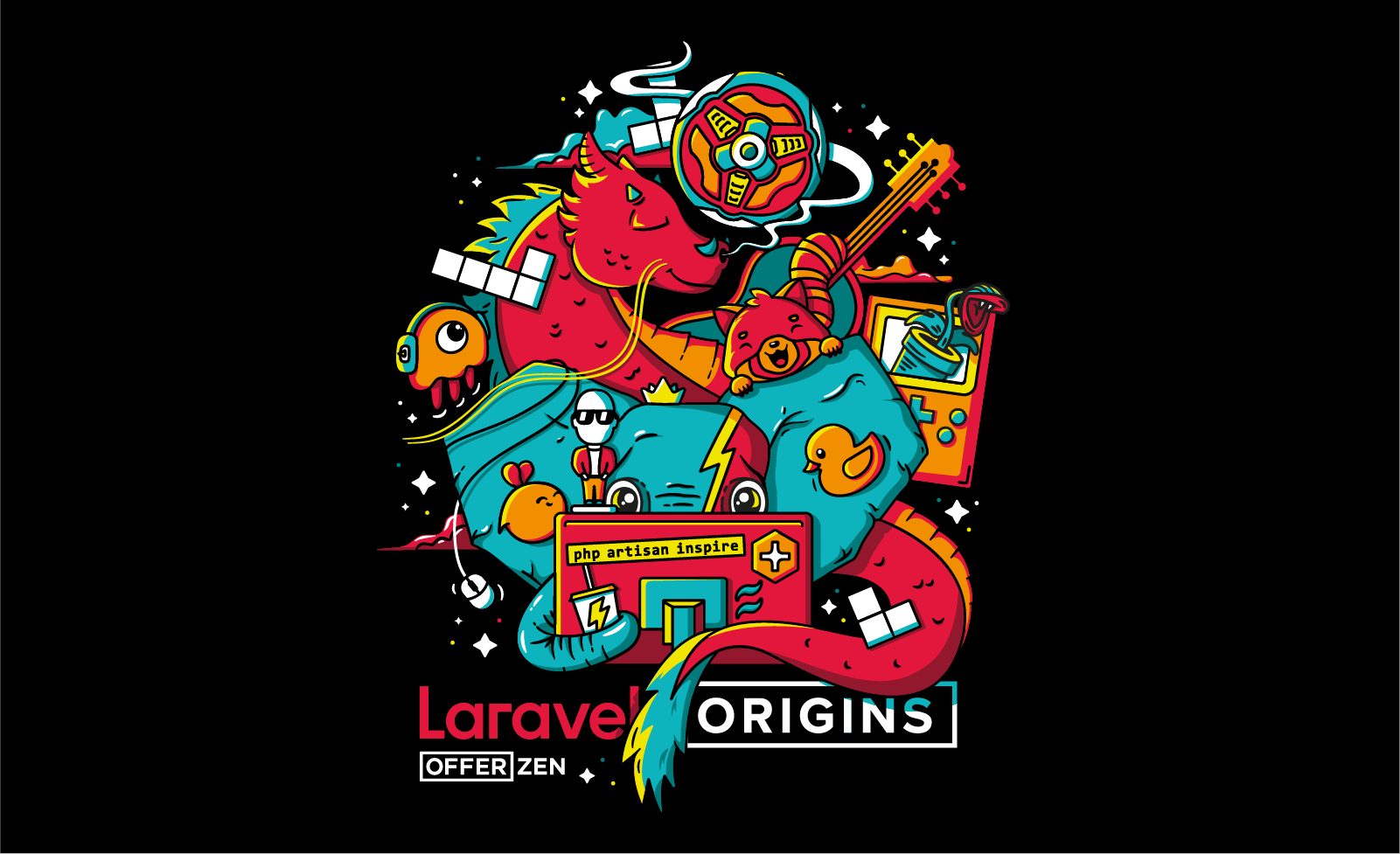 Now, let’s unpack this collage and look at the references, starting from the bottom:

Tighten logo: Matt Stauffer’s company that contributes heavily to the Laravel ecosystem and helps other companies reap the benefits of Laravel.

PHP artisan inspire: A reference to the unique Artisan Console. 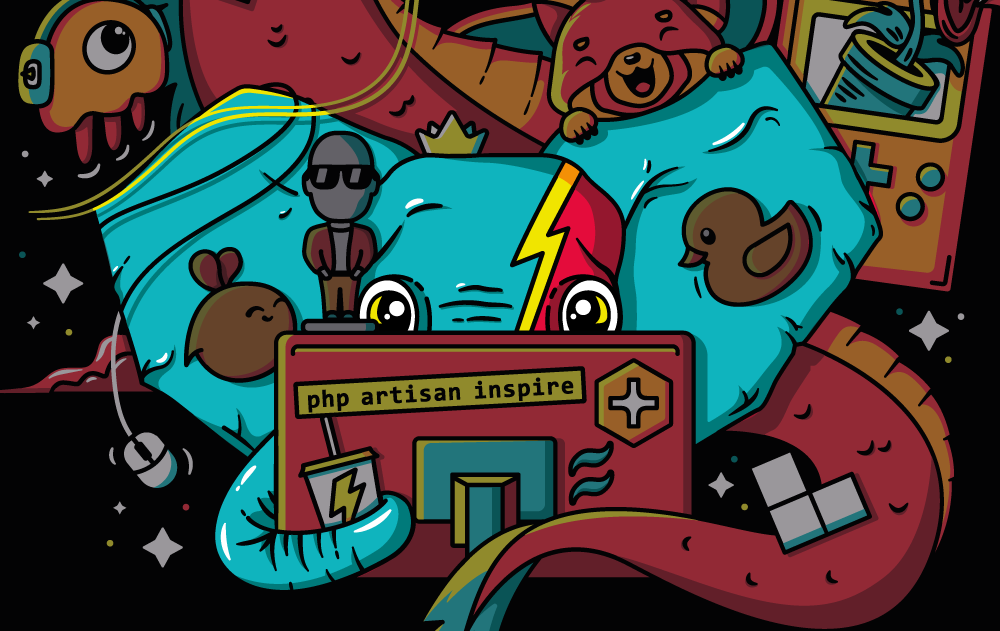 David Bowie Elephant: Referencing Laravels connection to PHP, we just had to include the well known ElePHPant. The face paint? Why miss out on an opportunity to make the elephant David Bowie inspired?

Rubber Duck: Referring to the process of ‘rubber ducking’, a method of debugging code where you talk through your coding problems with a friendly duck that won’t judge you.

Gameboy: This element has two unique references, one being a throwback to playing Mario Brothers on your gameboy. Secondly, referencing the OfferZen first love shirt.

Crown: A reference to the OfferZen Merpug t-shirt design. 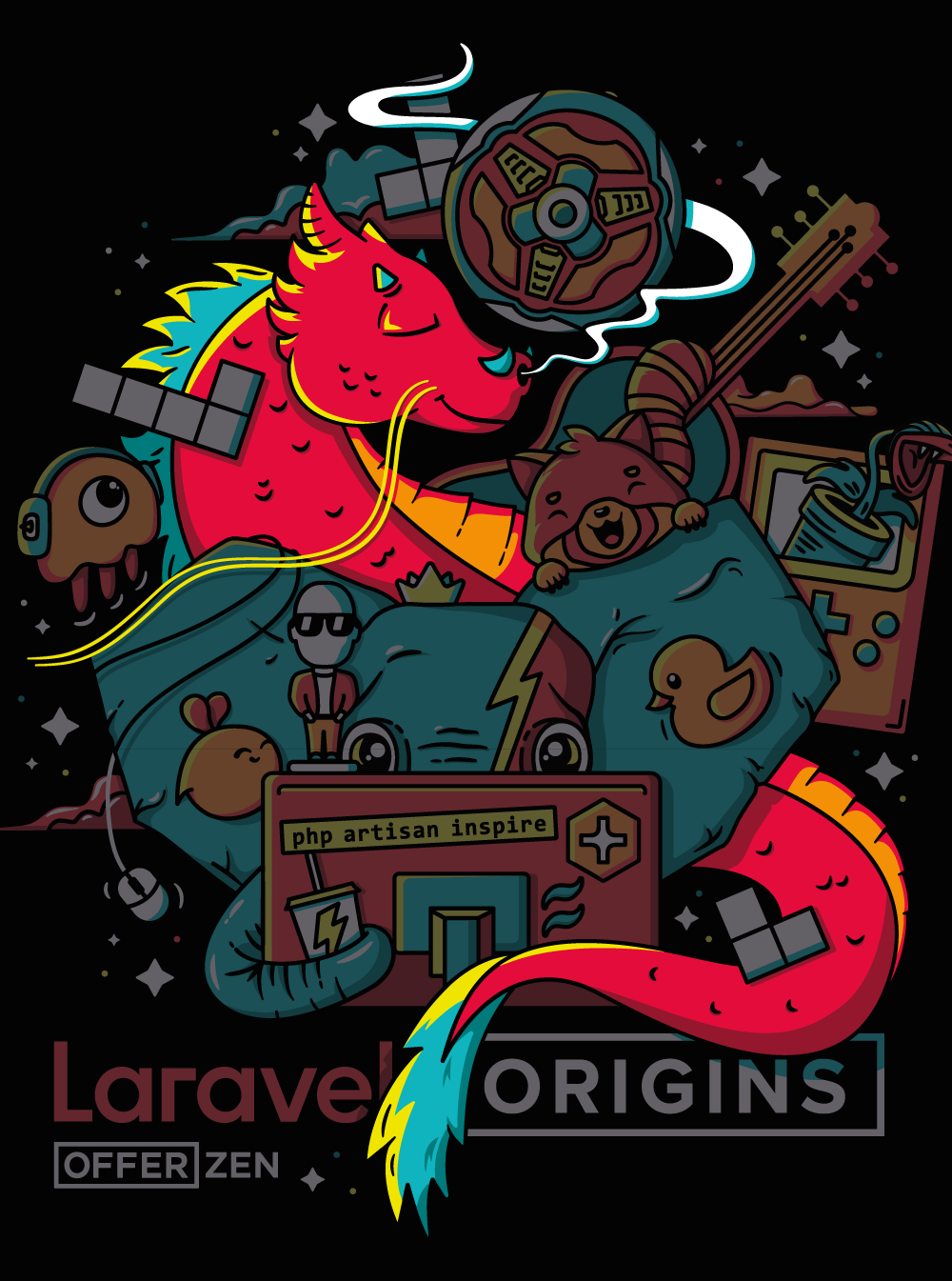 Dragon: A reference to Laravel v3. Laravel initially had an ASCII dragon in the paths.php file, originally created by Max Myers (but later got removed).

Guitar: This is a reference to Christoph Rumpel, and a few other influencers in the documentary, who happen to play guitar. Generally speaking, a lot of the key contributors are a musical bunch - Freek Van der Herten, Jeffrey Way, Adam Wathan and a few others all have guitars displayed in their home offices.

Rocket League Ball: A throwback to Rocket League, a popular game that was mentioned by a few of the Laravel contributors in the documentary.