Sandbox for InsurTech: Bridging the Gap Between Insurers and Innovators

Insurance is seen as one of the most old-fashioned, analogue consumer services that exists. It is also an enormous market - worth $4.6trn in global premium income a year. For innovators, this combination makes insurance an industry rife with opportunity. But unlike many other financial services, insurance has not yet been substantially disrupted by new technology and game-changing business models. A host of new, exciting InsurTech startups are now getting off the ground to change this.

We talked to Jonathan Stewart about the challenges of bridging the gap between insurers and innovators. Jonathan heads up Exponential Ventures, an MMI innovation unit focused on connecting with innovation happening outside the Group. Exponential Ventures recently partnered with OfferZen and Root to organise a hackathon that gave insurance experts and developers access to an insurance sandbox allowing them to build products at speed.

The rise of InsurTech

Globally, the InsurTech sector attracted a total of $1.69bn in investment last year, exceeding the $1bn mark for the second year in a row. Compared to the previous year, this amounts to a 42% increase in the total number of transactions. The fast growing interest in InsurTech is also reflected in its popularity as a Google search term since early 2016:

Despite these recent spikes, insurance remains a tough industry for innovators. On the one hand, startups face massive starting costs and barriers to entry - like upfront capital, the sheer complexity of the industry, as well as compliance and licensing costs. On the other hand, incumbent players, are often slow to move and not technologically geared to rise to the occasion.

Challenges of the insurance industry

A recent global survey conducted by Ernst & Young showed that consumers trust the insurance industry less than they trust banking, supermarkets, car manufacturing and online shopping platforms. Tech giants like Amazon, Uber and AirBnB have set a new bar for customer experience in general, causing consumers’ expectations in all industries to rise. To meet these demands, insurers are challenged to find new ways to improve the quality of their service and offering.

Jonathan has been involved in strategic thinking about insurance for a number of years. He agrees that innovation is a pressing matter for players like MMI, but also explains why traditional insurers have often struggled to innovate at speed and scale:

Being removed from customers

Mainstream insurers have traditionally relied on a vast network of brokers and agents to sell their products, essentially an intermediated model. While these networks are an invaluable part of the business, they have also created a distance between insurers and their customers: The people designing and building insurance products within large insurance companies often have, at best, partial knowledge of the end customer. As a result of the traditional intermediated model, direct communication channels between insurers and their customers generally do not exist. “Power vests in the hands of those who know their customers, have a relationship and are trusted by them.” Jonathan says. This is where many traditional insurers often lose out.

The situation is further exacerbated by the low level of interaction that is part and parcel of many insurance products. “Think about a life insurance product,” Jonathan explains. “A quote is given, the customer accepts, a policy document is issued, and we never really interact with that customer again other than to collect their premiums. The next meaningful step in that customer journey is when the beneficiaries collect the benefit.”

That’s why insurers are actively seeking approaches and strategies to better understand and engage their customers.

Insurers have become more and more obliged to explore new ways of differentiating themselves from their competition. Previously, the main ways of differentiation were product innovation and optimisation of distribution networks. In the past few years, however, insurers have had to broaden their approach. They now focus more intently on developing solid relationships with their end customers, experimenting with alternative channels and distribution models, building stronger and more trusted consumer brands and driving efficiency gains as far as possible.

According to Jonathan, all of these approaches are taken very seriously by MMI. Nevertheless, they are mindful of the incremental nature of this kind of innovation - especially when it comes to product and customer experience. “When it comes to innovation in insurance, we have really only seen the tip of the iceberg,” Jonathan says. He is interested in the ways technology can be leveraged to enable a giant leap in innovation.

“We need to find effective and practical ways to connect the vast creative energy outside of our company walls to the comparatively scarce and more complex assets and expertise we already own.”

How InsurTech is changing the industry

Initially, InsurTech startups were mostly tackling very specific parts of the insurance value chain, like alternative ways of engaging consumers and delivering insurance to them. But according to PWC’s 2017 Insurtech report, the past year has seen startups emerge with more sophisticated and wide-ranging value propositions that augment and supplement the entire value chain. 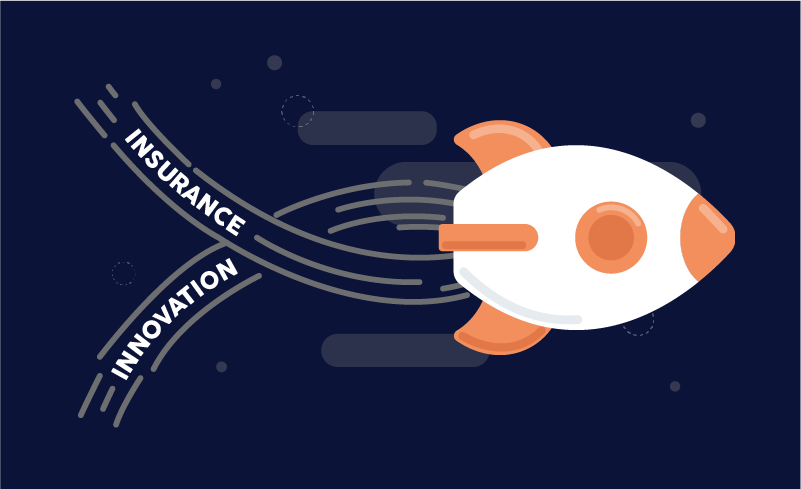 As the sector matures, it is becoming clear that InsurTech can materially change insurance models and redefine the service an insurer provides. Technology creates possibilities for insurers to act as risk partners (a preventative model) rather than just risk carriers (a protection model): instead of compensating customers in the case of an unfortunate event, they can help them prevent the event in the first place.

Here are a few cool examples:

Insurance as a platform?

Insurance incumbents are not blind to the need for innovation: Some try to innovate from within the organisation, while many have come to realise that partnerships with external innovators are key. In South Africa, these partnerships mainly take the form of investments, acquisitions and collaborations that increase the speed to market of new products or features, while driving scale for young startups. 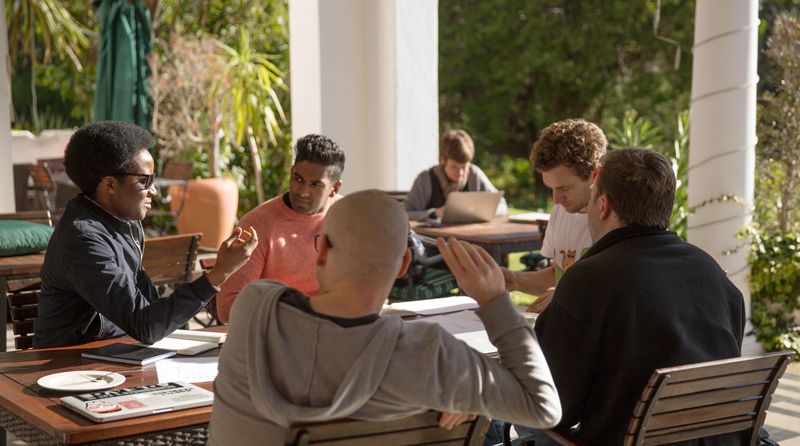 Through Exponential Ventures, MMI is involved in many of these joint efforts, although they can be quite hard on a technological level: “In essence, our systems are not geared for easy technological integration with external parties,” Jonathan says. This obstacle raises costs and slows down the entire process, thus significantly diminishing the value that could potentially be created.

In order to seize the opportunity in the insurance industry, the gap between insurers and innovators needs to be bridged. “The insurance industry faces many challenges, that’s for sure, but it’s also very resourceful,” Jonathan says. “MMI as an organisation has incumbency, regulatory licenses to operate, complex insurance expertise, IP, and immense administrative and distribution abilities. But our big challenge is to innovate fast and at scale.” For him, the opportunity lies in how these scarce resources of the insurers - what he calls “the hard stuff” - can be exposed to the advantages that come with innovators: agility, speed, creativity, digital savvy, customer relationships and insights.

A hackathon for insurance

That’s why MMI and Exponential Ventures have partnered with OfferZen and Root to test the potential of insurance as a platform. During a recent hackathon, a sandbox (developed by Root) gave innovators the opportunity to build and test insurance products at speed. 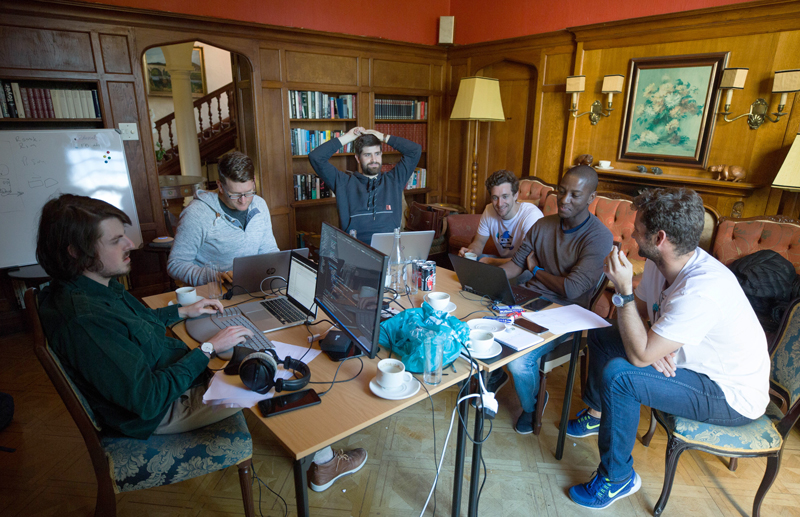 Four teams, consisting of insurance product specialists from MMI and fullstack developers from OfferZen’s talentpool, participated in the hackathon. In the traditional insurance industry, product development cycles are anything between six and twenty-four months. During the hackathon, they managed to design, build and test products with real users in just 48 hours.

Each of the teams created a functional prototype:

These products have not been launched but to give you a short sneak peek, check out this concept promotional video: