This post is a quick summary of what’s happened in the first 3 months of our existence.

When we started OfferZen we wanted to be as transparent as possible about the company’s growth, and to share our data as we learn more about the software development job market. Now that we’re growing our tech team I’m finding myself coding less, and finally have more time to write!

More than 130 companies have applied to join OfferZen, of which 35 have been accepted and are actively hiring on OfferZen. We’re currently adding 3-5 companies per week to the OfferZen marketplace. We’ll be scaling up the company growth significantly in March as we expand to Johannesburg and Pretoria.

Over 600 developers have signed up to OfferZen since we launched in December. A lot of our growth is now coming from recommendations by users, but to kickstart our growth we spent a total of R20 176 on marketing, mainly Facebook ads.

The number of interview requests sent by companies has doubled each month since we launched in December. In total companies have made offers valued at over R36 million to developers on OfferZen.

We use Intercom to have real-time chats with our users, which has been super effective to get tangible feedback. In total we’ve had conversations with 306 different users through Intercom.

The OfferZen team has grown a lot! Starting in March, the Fireworks team will be joining OfferZen full-time. Their team members bring a wealth of experience on building awesome products. Ben Blaine has joined our team too. He previously worked on growth activities at SnapScan. 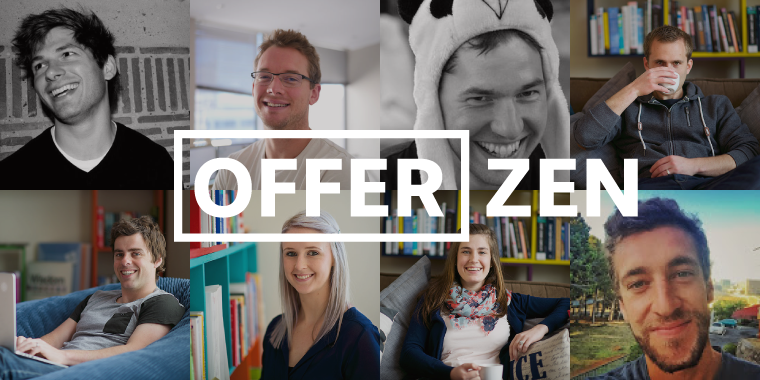 A number of developers have asked us if we were hiding the full list of companies on OfferZen because we didn’t want people to approach those companies directly. A wise man once said “Never attribute to malice that which is adequately explained by stupidity”, and in this case we simply had not built an interface to view companies. Well it’s finally here: Companies hiring on OfferZen 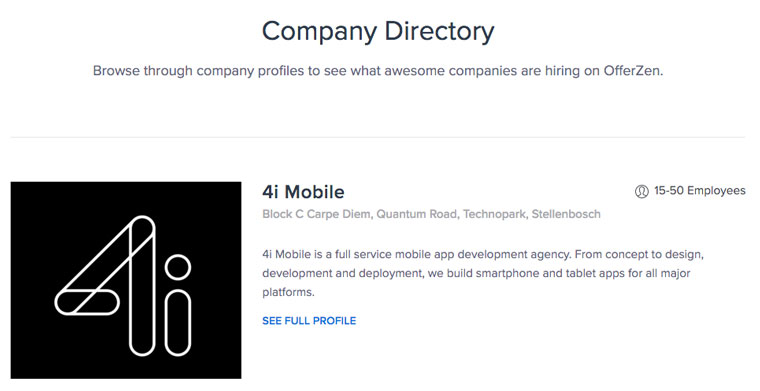 We make no effort to prevent developers from approaching companies directly, because we believe that using OfferZen is a better experience. OfferZen puts developers in a stronger position when looking for work, requires less time than going direct and helps companies make market related offers.

This morning we released a huge update to our onboarding. Most people reading this are presumably already users, so they won’t experience the update onboarding process again. However, the amount of valuable feedback we’ve received about onboarding was awesome, and I thought it worth talking about here because we appreciate it lot! 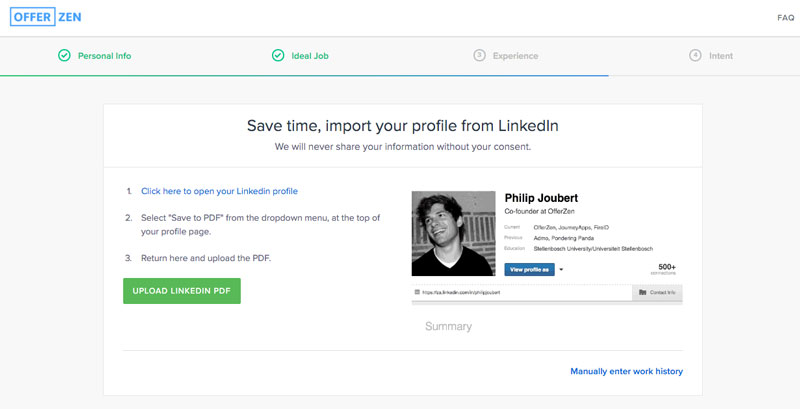 The main updates are: