How Paper Video Turned their MVP into a Success-Story

Social enterprise Paper Video brings together QR codes and lesson videos to give students instant access to an extra teacher. Past exam papers and subject maps with step-by-step video lessons linked to every question and concept bring the virtual class right into the learner’s living room - without needing internet or data.

The products are by no means meant to replace the regular school practice. “The idea is that you go to school to receive lessons from a teacher and nothing can beat that”, co-founder Chris Mills says. “But when you go home, instead of paying R300 an hour for a private tutor, you use Paper Video. It gives you that extra revision, for which there is not enough time in class.” 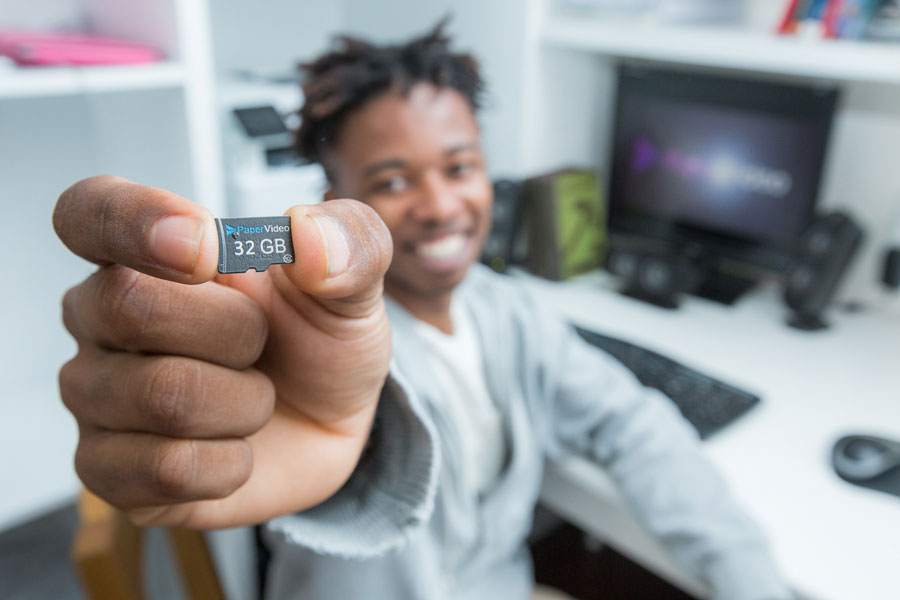 When Grade 8 to 12 students go through the Paper-Video-books of previous exam papers to prepare for their own exams, they can find a QR code right next to each question. With the help of the Paper-Video-app, they then scan the code and a video starts playing in which a teacher explains the problem at hand step-by-step. 10 000 of these video lessons are currently available online and on microSD cards that the startup sells alongside its books. These give learners around 700 hours of thorough explanation, necessary theory and a host of relevant examples - because not all of Paper Video’s products are directly exam-question-based.

Paper Video’s subject maps represent the entire math, natural sciences and accounting curricula. Available for Grade 8 and 9, each map covers every concept in the curriculum and each concept is again accompanied by a QR code and thus, by an explanatory video. Every map comes with a set of corresponding workbooks full of notes that also allow the students to work along with the teacher’s explanations as the lesson progresses - sounds like a simple enough concept, right?

In 2013, one year before launching Paper Video, Chris, then a Physics student and tutor, created the website PayperQ. “The whole idea was that tutors create videos and link them to exam papers”, Chris explains Paper Video’s predecessor. “-Instant flop”, he now recalls. “Why would anyone want to go through the effort of creating video content when you’ve got zero users? Why would anyone want to be a user on your site when there’s zero content?” Chris decided to shut the project down -but, as we know, that wasn’t the end of the story.

The solution to his problem came through using Youtube: Studying Physics at the time, Chris was trying to figure out a complex concept. “One video after the next wasn’t quite hitting it and eventually I found this guy, I think he was Australian, and I was like: ‘Well, that’s exactly what I needed to know, thank you!'” 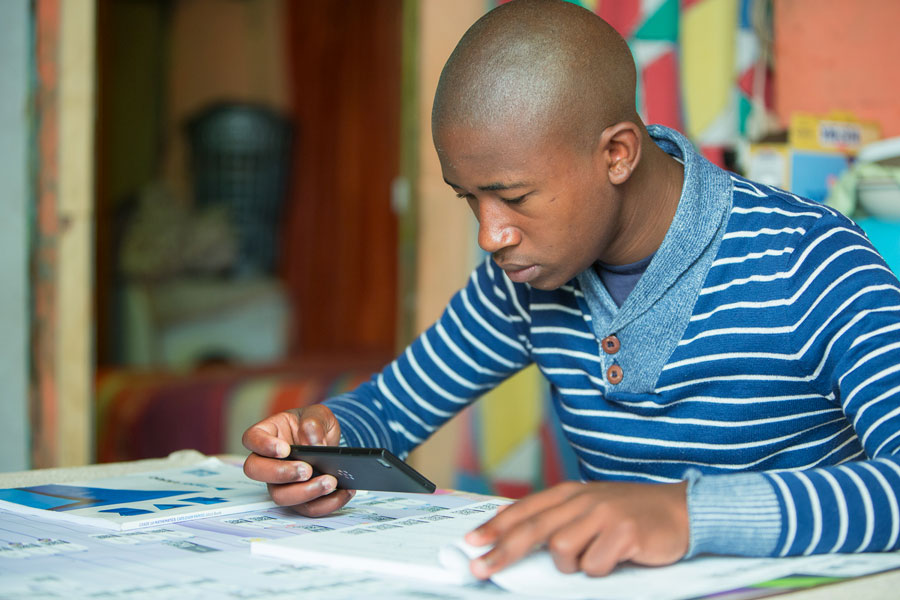 That’s when the penny dropped. “You have to understand how the person is studying. What are the resources in front of them? You’ve got to get into those resources as seamlessly as possible. As soon as you’re relying on a user changing the way they’re doing things, you’re going to lose them.” That’s where the idea for Paper Video came in.

“You have to understand how the person is studying. What are the resources in front of them? You’ve got to get into those resources as seamlessly as possible. As soon as you’re relying on a user changing the way they’re doing things, you’re going to lose them.”

“I realised that the key is to never underestimate how simple a process has to be to get people to include your product in their current process”, Chris says. “To use Paper Video, I don’t even have to turn away from where I’m actually stuck, where I’m already working. Our product’s core strength is that it fits into the way students already learn. They don’t need to change their process at all!”

The Launch of Paper Video

However, his new idea put him in front of a new question: “I was very aware of the fact that I needed to find Hollywood grade teachers”, he recalls. Having known of now co-founder Paul Maree for a long time through the Centre of Science and Technology (COSAT), he knew of his future partner’s activities as lead singer in the band "The Beams” and as a Math teacher. “I thought to myself: 'Well this just has Hollywood teacher written all over it.'” 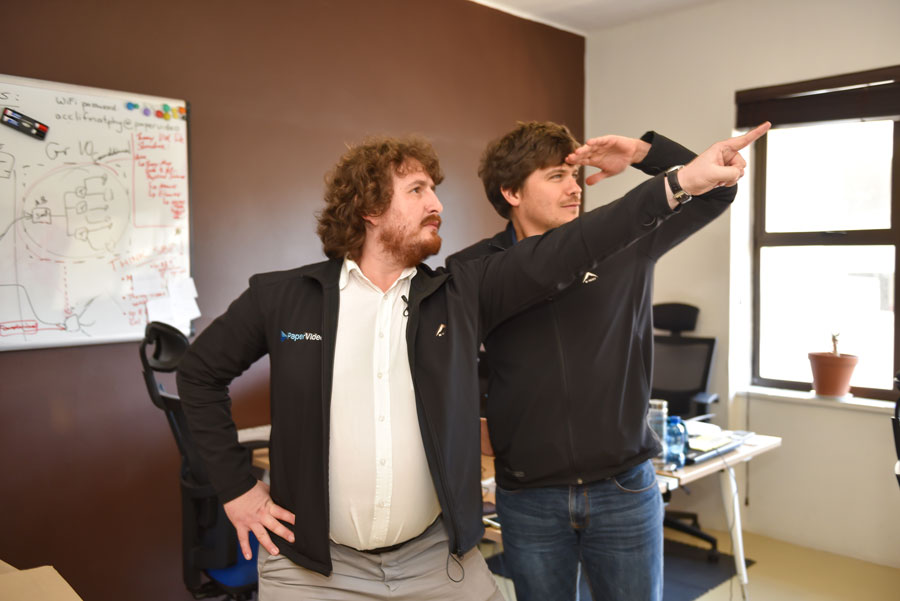 A few emails and a meeting later, Paper Video was born and officially started in July 2014. That month, the duo had secured seed funding through the Millennium Trust and was off to a great launch, proving the viability of the product by the end of the year.

Cue for the next challenge: If Chris and Paul wanted to reach the students while they were preparing for their exams in November, they had to produce a whole lot of content -really really fast: “It obviously didn’t help launching in October when the exams were at the beginning of November. So we realised that we had only six weeks to make videos.” -and not only that. For lack of another space to film, Chris and Paul used the little theatre at Alexander Bar in Cape Town, which was only available on Sundays.

“So in effect, we knew we had six days to film these videos for six papers. That’s approximately 50 videos a day.”

“So in effect, we knew we had six days to film these videos for six papers. That’s approximately 50 videos a day.” Six intense Sundays of filming for 12 to 16 hours and six weeks of heavy editing during the week took their toll. As a minimum viable product, they were testing such a broad sweep, that there was no base from which to say they were right about anything. “So you’ve got to focus on testing the fundamentals of your idea. That’s what we did. We focused on that, putting aside the, at that time, unnecessary aspects of the project.”

Key aspects of the video, and most importantly the educational quality, were not compromised on. Everything else was not made to be pristine and this, in a way, became the theme for 2014: What would usually be an entire project had to be dealt with within the shortest possible amount of time. After all, the time for exam prep was nearing.

Getting the Product Out

In the end, the duo managed to produce 350 videos in six weeks. By mid-September, people could buy the physical exam paper book online for R100 and watch the lessons through the website or app by using the video codes next to each question. But Chris and Paul again did not have a whole lot of time to get their product out -six more weeks, to be exact. “The projection was 45 sales, at one a day. Not only was it a problem moving the stock but also, there was only this small window for exposure”, Chris remembers their predicament. “We had gone to print with 5 000 books, launched everything, did some announcements, appeared in some publications.”

“We had gone to print with 5 000 books, launched everything, did some announcements, appeared in some publications. Then the orders came in at one a day.”

-Then the orders started coming in at one a day. Aware of the ticking clock and unsure about what to do, Chris and Paul decided to meet up with a well-established start-up contact, who confronted them with a brazen idea: “You’ve got to give it all away.” While their first reaction was to scoff at the thought, it quickly dawned on them: The key was not about generating revenue, it was about generating exposure. “We then immediately dropped the pay gate on the site. I remember 20, 30 books flying out per day", Chris says. “We also refunded the people from the about five sales we had done by then, just to be fair.”

Leveraging the stock in a giveaway model to generate exposure, Chris and Paul could then further advertise via PR platforms, social media as well as several radio, TV and print publications. In addition, they performed three massive rollouts at high schools around Cape Town - all within a week. This created a whole lot of exposure within the communities and in government. “When a company rolls into three different areas just giving away DVDs and books, it generates awareness. People started asking: 'What is this?'”

By the time it was nearing exams, the video watch rate on the Paper-Video-backend started to climb more and more and spiked on the very night before the exams began: “…which is obviously not the best time, you know, from a studying point of view”, Chris says. Nevertheless, he remembers the team watching the climbing numbers for that day in awe and excitement: “We went and looked and there were 3 000 views and throughout the course of the evening, it was at 5 000 and then the next day we woke up to 8 000.” Finally, all the effort into the design and build had come down to the crunch point. “We got our message through to people”, Chris remembers feeling that day. 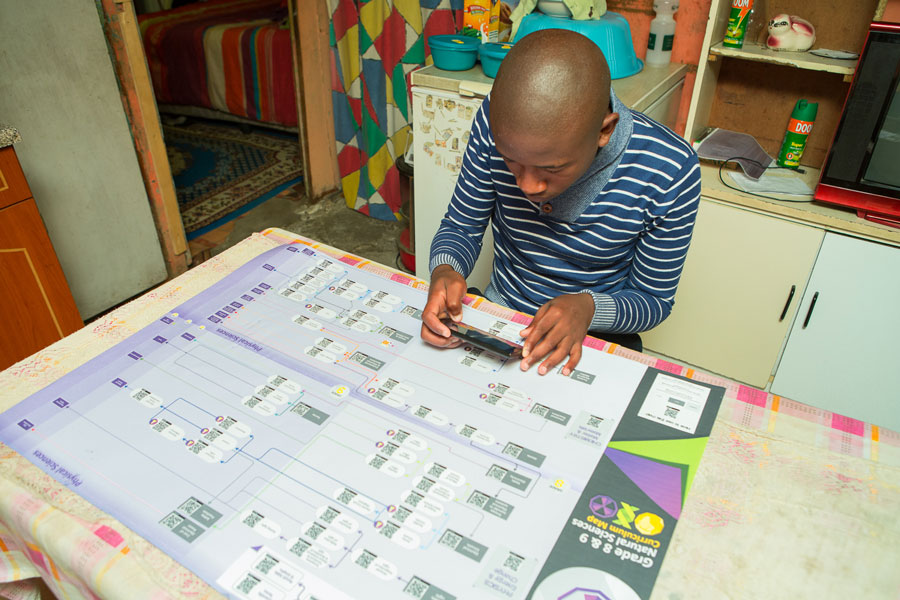 By now, Paper Video have two markets. One is the private market, where individuals go online and get to purchase the products. The second one is the CSI-market. “We approach corporate CSI departments for them to sponsor larger rollouts at lower income schools”, Chris explains.

This way, Paper Video has worked up a registered user base of around 15 000, of which a few thousand might have matriculated. “But just based on this year’s growth so far, we’ve got at least 5 000 new users and we have an untold number who receive our offline resources, which we can’t track.” In total, the startup is now clocking in at about 25 000 users.

At the moment, the Paper Video team consists of five full-time people, two of them are teachers. “Then we have three other teachers who take care of Accounting, Math and Life Sciences”, Chris explains. “We’re always looking for the next Paper Video Teacher.” And great teachers with extra time are hard to come by, so new full-time teachers would be ideal for the startup.

“We’re at the phase now where we have enough of a product to really capture the market and captivate them”, Chris says. By the end of the year, the team is planning to have updated the books to include new papers, make their maths resources available in Afrikaans and have the grade 10 maths and physical sciences subject maps ready for release in 2018.