RunwaySale is an online shopping club that offers its members designer brands at great prices. Their daily flash sales spark a complete frenzy among South African online shoppers, especially since the prices are valid for a limited time only. They’ve partnered with well-known luxury brands like Hugo Boss, Carducci, Pringle, Guess and many more.

They currently have a team of 150, with offices in Cape Town and Johannesburg.

Baby steps to the big time

Elmien Hammerschmidt, co-founder and COO, experimented with a couple of different ideas over the years and gained valuable experience in both business and fashion retail before establishing this popular online platform. 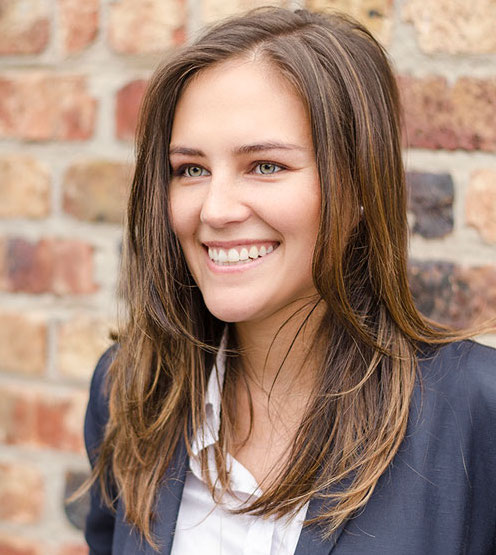 Although she started out studying chemical engineering at university, Elmien soon realised this was way too specialised to suit her broad interests, switching to a BSc in chemistry and applied mathematics after her first year. Still, this course load didn’t keep her fully occupied. While studying, she also started two businesses with Karl Hammerschmidt, who would become her RunwaySale co-founder (and husband).

After university, Elmien turned to fashion retail, thinking it would stimulate both her logical and creative sides. She worked as a merchandiser at a manufacturer, and later moved to Woolworths as a sourcing administrator. “The manufacturing space was really fast-paced and exciting. I had lots of scope and really enjoyed that, but I was frustrated by the corporate environment. I wanted to be able to move faster than what it allowed,” Elmien says.

She left the company in 2010 and started LadyCompShop, a comparative shopping site, as a solution to one of her own biggest bugbears. “I hate shopping,” she explains. “I hate going to a mall and looking for something. I usually know exactly what I want. I want a white button-up shirt, but I don’t necessarily know where to get that.” So she decided to build exactly what she needed – a one-stop-shop where users could see which retailer was stocking what.

The inspiration for RunwaySale only came later, however. Karl was working at Clicks2Customers at the time, and got the opportunity to head up their office in Australia. Elmien decided to join him there, and started doing some part-time work for a private shopping club. Soon she was sold on the potential of flash sales.

Ready for the Runway

By 2012 they were back in South Africa, starting work on the concept almost immediately. Karl knew an angel investor who saw the same potential they did. “We were so lucky to get Michael Leeman on board that early. Working with him is great. He helped us a lot with keeping our eyes on the prize and not getting stuck on trying to create the perfect product. He told us to commit to a start date, get to work, and launch whatever we have by then. That was a great move and first lesson: just get the damn thing live.”

“That was a great move and first lesson: just get the damn thing live.”

They did whatever they could to get the ball rolling. For the first sale event they worked with a friend who helped them sell some t-shirts. For the second, they went to Access Park and collaborated with a shoe brand. “We just went in and asked the store manager: Can we do this? Can we do that? And then we did it!” Elmien says.

The next event turned out to be another lucky break for them. Leeman, their investor, helped them connect with Carducci in South Africa, and the brand soon agreed to participate in their third sale event.

“I’d say that was a defining moment. Having worked with Carducci helped us get meetings with many more premium brands. I’ll always be grateful to those guys for giving us a chance that early, before we’d moved any volume. That created what they call the halo effect,” Elmien explains. 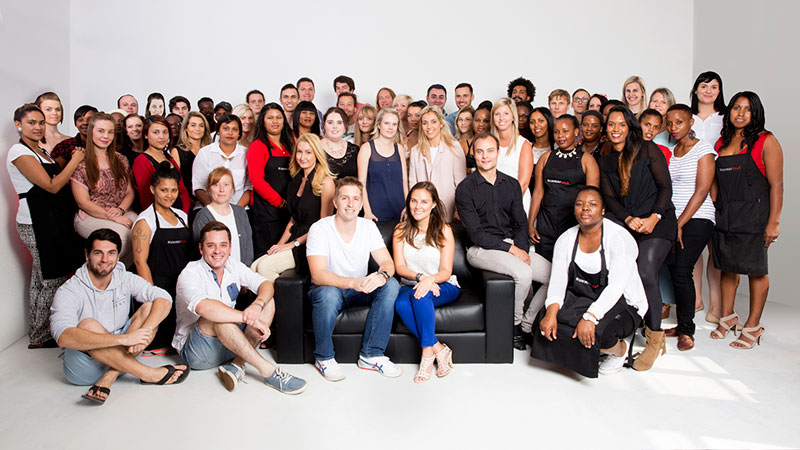 There was plenty of pressure, even in those early days, with other e-commerce platforms, like Zando, launching at the same time. “We were nervous when we realised that others were also launching.” In hindsight, however, Elmien thinks the coincidence helped rather than hurt them. “Having big marketing spenders around helped a lot with educating customers and getting them comfortable with online shopping.”

The tricks of the trade

Discount fashion is a tricky business for various reasons. “Discount undermines a brand, so retail partners are careful about it. That’s why we offer an exclusive platform,” Elmien says.

The sourcing of products in discount fashion is also tricky. RunwaySale buyers work with a variety of stock models, like virtual stock and consignment stock. For some stock they offer fast shipping options, but others may have a longer lead time. “We can’t always ship orders within 48 hours, but we always offer great prices,” Elmien says.

They’ve also established significant relationships with many of their suppliers. “Some of them are starting to plan us into their buying pattern, and that’s fantastic,” Elmien says. 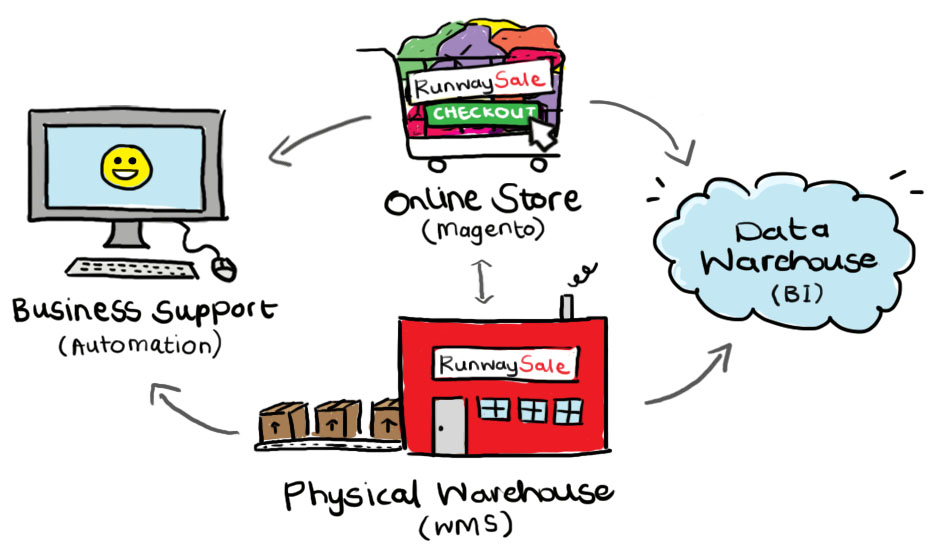 Another challenging aspect of the business is the continuous process of figuring out the technological platform that best supports RunwaySale. The online store is built on Magento, and it links to a custom built Warehouse Management System (WMS) and tools and integrations to support business operations. The WMS and business support tools are still in their baby shoes. “We have a roadmap for the entire system, but only 20% has been built so far. Already the changes in our warehouse are unbelievable,” Elmien says.

Moving to mobile, and beyond

RunwaySale has no grandiose 5-year plan, but they’re very clear on what needs to happen next. “We take it a few months at a time, asking ourselves: What opportunities are left on the table? What are we doing to capitalise on that?” Elmien says.

“We take it a few months at a time, asking ourselves: What opportunities are left on the table? What are we doing to capitalise on that?”

Right now, that means launching a mobile app and improving their data warehousing.

The app is a natural next step, with mobile traffic on their site recently surpassing desktop traffic. “That’s very exciting to us,” Elmien says, “especially given the fact that Africa is seen as the ‘mobile first’ continent. That obviously creates a lot of opportunities for us.”

When it comes to improving their data warehousing, their major focus is customer demand. They’re continuously learning about what customers are buying in order to know what other sale events they’d be interested in. These learnings are pushed through to a fast paced development cycle to improve features or to build new ones.

Although RunwaySale plays in the niche space of discount fashion, this is not the industry against which they benchmark themselves. “We’re competing as an e-commerce platform, and we ensure that our growth is above the average e-commerce industry growth. If it’s not, what are we doing here?” Elmien says. “We’ve identified the opportunities on the table for 2017, and we have exciting projects lined up to claim it.”