How Custos solves piracy with bitcoin

Custos Media Technologies uses blockchain technology to combat piracy. They have positioned themselves at the cutting edge of content security at a time when media companies are desperate for innovative new strategies to help cut their losses. Piracy costs the US economy an estimated $20billion per year.

Turning a brainwave into a business

“The idea was literally born around the coffee machine one morning. We were throwing around ideas, discussing ways that you can do digital rights management or something with Bitcoin. The next moment we had this idea that flipped around the model of how you work with Bitcoin and its blockchain. That’s when we realised we were onto something new”, co-founder Gert-Jan van Rooyen recalls. 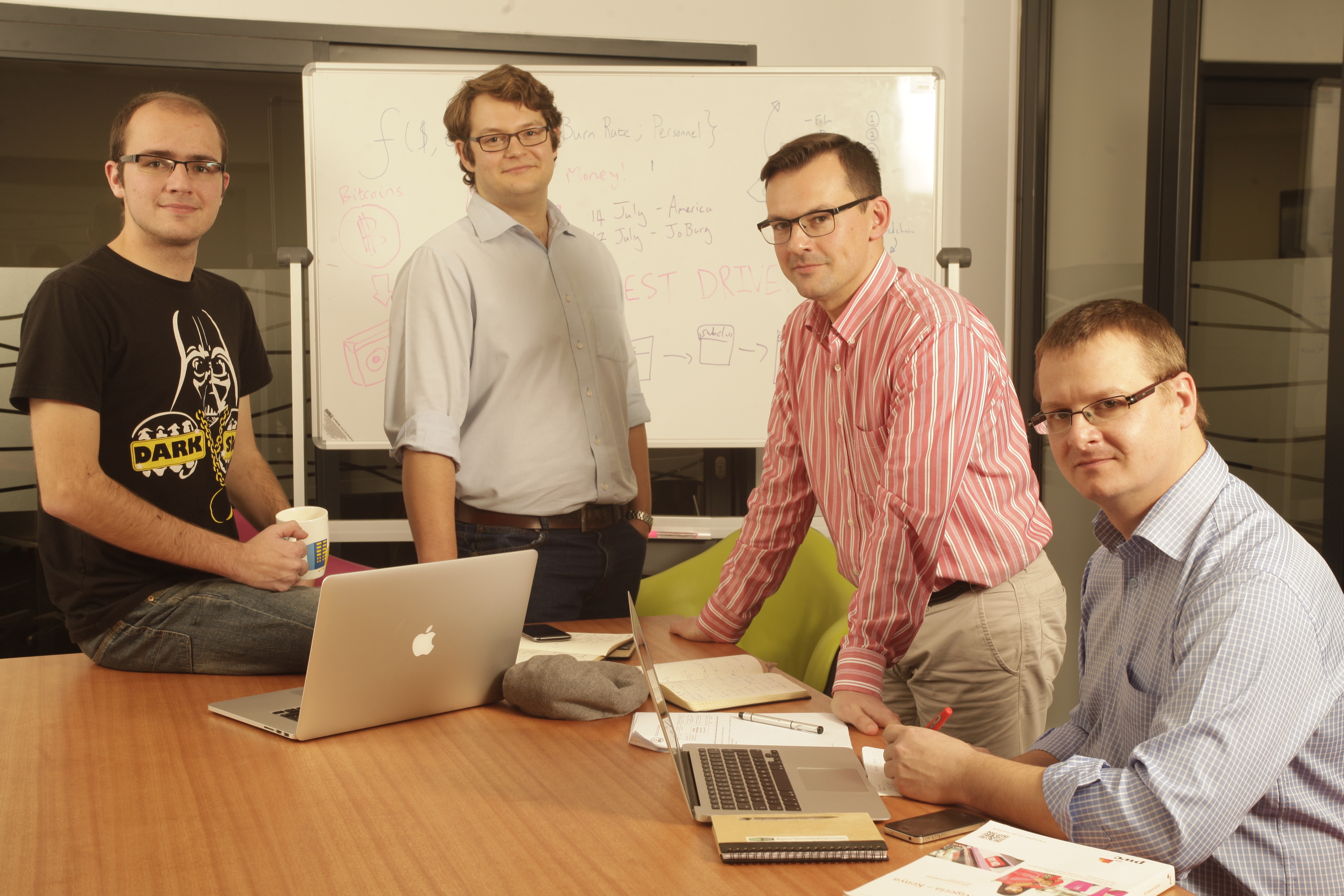 Gert-Jan and co-founders Fred Lutz and Herman Engelbrecht were working together at the MIH Media Lab at Stellenbosch University at the time, and decided to patent the idea immediately. “We were phoning up technology companies and venture capitalists, getting meetings with pretty much everyone senior in the tech space and pitching the idea”, Gert-Jan says. “All that pitching helped a lot, because it forced us to distill our own ideas and thoughts, and get to know the market better. We got very critical feedback. Going through that crucible really refined our thinking.”

“All that pitching helped a lot, because it forced us to distill our own ideas and thoughts, and get to know the market better. We got very critical feedback. Going through that crucible really refined our thinking.”

Within 2 months, they secured funding from the Technology Innovation Agency, which helped fuel the next step ‒ jumping on a plane to Hollywood for a month of real market research. They attended an anti-piracy summit, and managed to set up meetings with senior people at Fox, Universal and Sony.

From there they incorporated their learnings into a real MVP, and started piloting with a local film production company and a regional broadcaster.

If all this anti-piracy talk is making you nervous, don’t worry! Unlike most of their competitors, Custos isn’t after your weekly PirateBay downloads. They go straight to the source, detecting when content like movies or e-books are illegally leaked onto the internet.

These leaks tend to happen on the darknet first, which typically makes fast detection really hard. Custos solves this problem by embedding hidden bounties within media files, which can be claimed instantly and anonymously from anywhere in the world. This incentivises bounty hunters inside these otherwise out-of-reach networks to do the policing on their behalf.

Custos can find a leak and identify the individual responsible within minutes.

In practical terms, this strategy helps them find a leak and identify the individual responsible within minutes. There were still plenty of interesting problems left to solve, however. The bounty on a single eBook won’t make any sense for an Oscar-screener, for instance, where the potential loss runs into millions of dollars of box office revenue.

“We’ve run some tests tweaking the amounts as well. I think the one amount was R100, and it took about two, three minutes to do the detection. When we ran the same test with R1000 up for grabs, it was 30 seconds,” Fred explains.

At the same time, he adds, they’re serving two very different types of customers, each requiring a unique approach. “On the one side we have media clients, who need to dis-incentivise people to share their content, and to pick up where the leaks in their distribution networks are. We love blockchain technology, but they don’t necessarily share this enthusiasm ‒ they’re artists, really. We can’t go around talking about blockchain and transaction verification and trace bullets and private keys with them. To them, we’re simply a content security company.”

Each time Custos enters a new market, they have to seed it with bounty hunters.

But the bounty hunters do care about blockchain technology…mostly as a means to earn some cash. Each time Custos enters a new market, they have to seed it with bounty hunters. They’ve just started out in Japan, advertising on Reddit and joining Japanese bitcoin forums to get enough bounty hunters on board and equipped with extraction tools.

The current Custos team is a mix of 9 people, with 6 more technical roles and 3 more operational, but Fred and Gert-Jan are keen to hire more developers soon. They’ve also raised more funding, and hope to expand on their current customer bases in the UK, US and Japanese e-book and film industries. 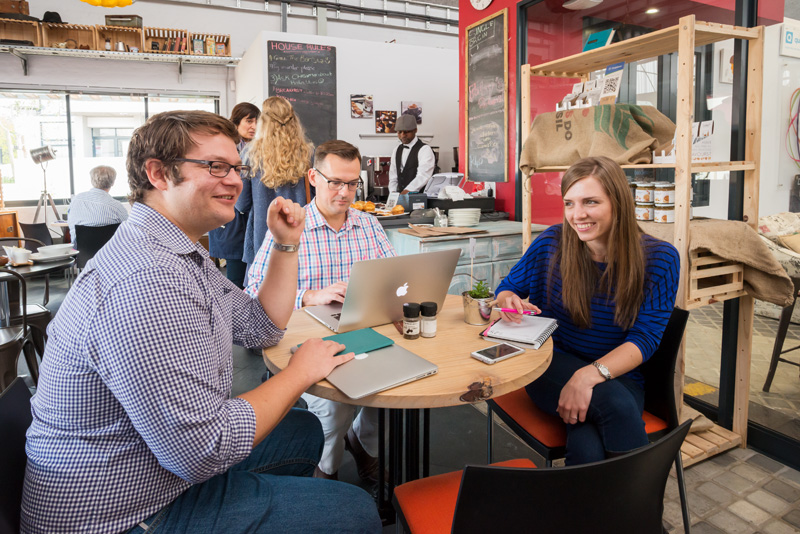 Both founders are creative types who relish the opportunity to tackle real-world problems, and seem to get a real kick out of their new gig, even though it’s taken them a long way from their academic roots.

“My parents always encouraged creativity and ingenuity. I remember my favourite book as a child was about inventors and their inventions,” Fred explains. “I was sitting by myself one evening recently, thinking about things, and I realised: oh, I’m actually an inventor now!”

Although they operate in foreign markets, they’re also excited about South Africa as home for blockchain companies. “The local regulators are extremely clued up and very efficient,” Gert-Jan explains. “The have experts who know what they’re doing and who ask the right questions. They also work with companies in the space, and I think they’ve whittled down the actual risks of cryptocurrency in a very nice, very sane and mature way.”

With this in mind, and a recent funding round in their back pocket, the Custos team is ready to focus on building their team and expanding internationally. “Initially things were scrappy, you try to get things done quickly and in a sort of boer-maak-’n-plan fashion,” Gert-Jan admits. “Now it involves a lot of focus on technical due diligence, formalising our sales pipeline, rethinking branding and marketing, and IP management, but we’re ready to tackle those challenges.”