The volatile trading value of Bitcoin and Ether has been a regular fixture in the news. But despite the widespread excitement about cryptocurrencies, it’s really hard to grasp the full potential of blockchain technologies.

We talked to Fred Lutz and Gert-Jan van Rooyen, the Co-Founders of Custos Media Technologies - a blockchain company specialising in digital content security. To explain the current landscape of blockchain applications, they distinguish between three tiers: currencies, tokens and decentralised infrastructure.

Currency as the Hello, World of blockchain

In essence, a blockchain is a decentralised record of and mechanism to transfer value or ownership. That’s why it’s commonly described as a public ledger. “There is a relatively simple conceptual mapping between cash and the transfer of ownership on a blockchain,” Gert-Jan says. “In our day-to-day lives, money is the form in which ownership most frequently changes hands. We don’t go around exchanging cars or property or anything else for that matter. We use money.”

That’s why Bitcoin was quite an obvious Hello, World application of blockchain technology.

To understand Bitcoin, it is important to understand the distinction between digital currency and cryptocurrency.

In an increasingly cashless society like South Africa, we’ve grown used to the idea of digital money. But even though our transactions have largely moved online, they are still based on traditional centralised banking systems: Earning and spending money or rewards like e-bucks are still controlled by banks and governments who act as intermediaries.

Blockchain-based currencies are cryptocurrencies: The security and supply of money is algorithmically controlled in a decentralised manner. This means that currencies like Bitcoin and Ether allow peer-to-peer transactions governed by a distributed and public ledger.

But for them to become widely used and accepted as media of payment, a large and sophisticated ecosystem was needed: This is where local exchanges like Luno come into the picture. “Luno is setting up different exchanges all over the developing world,” Fred explains. “So if I want to make a payment to someone in Nigeria, I take my rands, exchange them to bitcoins, send them to Nigeria and the other person can take them out in nairas.” Another service that exchanges provide are Bitcoin wallets. These allow people to spend their bitcoin directly at a growing list of merchants who accept cryptocurrency.

Although the number of different blockchain-based currencies adds complexity to establishing the necessary ecosystem, it also stimulates and accelerates the development of the underlying technology. “Currencies like Zcash and Monero are experimenting with completely different types of transactions which conceal the parties and amount involved,” Fred explains.

The potential of cryptocurrencies

Taken at face value, currency as an application of the blockchain might not seem that groundbreaking. Yet, some companies are doing things that are not feasible in the normal world of banking - all thanks to cryptocurrencies.

The Sun Exchange is a South African startup that allows anyone in the world to invest in solar energy, using cryptocurrencies. It is a platform where investors can purchase solar cells that are leased to hospitals, factories, schools and other end-users in the sunniest locations on earth. The rental income that investors earn is then paid out in cryptocurrencies.

Although the Sun Exchange uses the blockchain technology only indirectly, it is a key part of their business model: It allows the company to make micro-payments in near real time.

Thanks to the peer-to-peer nature of cryptocurrencies, there are also none of the frictions and costs normally associated with international payments.

21.co is another indirect application of cryptocurrencies, essentially reinventing the sales and marketing industry. “21.co allows you to earn bitcoin for filling out surveys and answering cold emails,” Gert-Jan explains. “I have a 21.co account and I can effectively put a price on my attention. If I price my attention at $5, it will cost them $5 to get a response from me.” Just like The Sun Exchange, 21.co can easily make global micropayments at scale - thanks to cryptocurrencies.

Tokens on a blockchain

From currency to digital asset

The next big application of the technology are tokens. In essence, tokens function like currencies on the blockchain: they assign and track ownership of (programmable) digital assets. In the case of currencies, the token is given a numerical value that represents a monetary digital asset. But that’s not all: The token can be programmed to represent any asset or fungible unit of an asset, allowing for a new type of granularity in the concept of ownership.

An asset can really be anything from hours and shares, to a basket of goods, or even promises.

A good example of the potential of this is Basic Attention Token which incentivises users to pay attention to ads - capitalising on the idea of an attention economy.

The person owning the token essentially holds a key that lets them create a new entry on the public ledger (the blockchain). That is how they can re-assign the ownership to someone else. While tokens themselves are not stored on personal computers, the keys that allow you to reassign the asset that is represented by the token are.

Using tokens as proof of ownership is not a completely new concept to us. “We already have tokenised possession in the form of real estate or car ownership certificates,” Gert-Jan explains. However, the traditional way consists of many steps and red tape. “Transferring the ownership of a house is a massive administrative and very costly process - dependent on various intermediaries. Tokens (in combination with smart contracts) allow us to program and automate these kinds of transactions.”

The history of ownership

In cases where the history of ownership matters, another key element of the blockchain comes in handy: its immutability. This becomes particularly important in industries like second hand diamond trading: “If you buy a diamond, you want to know where it comes from - is it a blood diamond or does it actually come from the Kimberley mine, like the seller claims,” Gert-Jan explains.

“Everledger solves this with the blockchain. You can attach a token directly to the fingerprint of a specific diamond because diamonds are unique. Whenever ownership changes, it gets tracked on a blockchain and you can follow the journey of this diamond.”

Combining the features of tokens

Fred and Gert-Jan’s company Custos Media Technologies combines two features of blockchain tokens to protect digital media against piracy: ownership of an asset and monetary value. A unique token gets watermarked into each copy of a specific digital asset (like a film, for example). With the token, the specific copy can be linked to the intended recipient (or rightful owner), but the token also has a monetary value - a bounty, as they like to call it. If the media item passes out of the control of the intended recipient (leaked on the dark web, for example), bounty hunters can anonymously claim the monetary value of the token from anywhere in the world - revealing the identity of the infringer. Custos instantaneously detects when an a bounty is claimed - usually within minutes of the leak.

The net effect is that piracy is deterred, and detection outsourced to a wide network of volunteers. Bounty hunters are incentivised to be the first to detect a leak, since it represents a valuable reward that can only be claimed once.

So far, different blockchain applications have largely been built on standard computational elements. That means the technical infrastructure (storage, processing and communication) that enables blockchain applications in the first place has largely stayed centralised. “But we can actually decentralise much more than one-to-one ownership,” Gert-Jan says.

The next development in blockchain technology is thus the decentralisation of all aspects of computing to create Dapps (decentralised applications). Like Trent McConaghy says:

“There is no one magic system called blockchain that magically does everything. Rather, there are really good building blocks of computing that can be used together to create effective decentralised applications.” 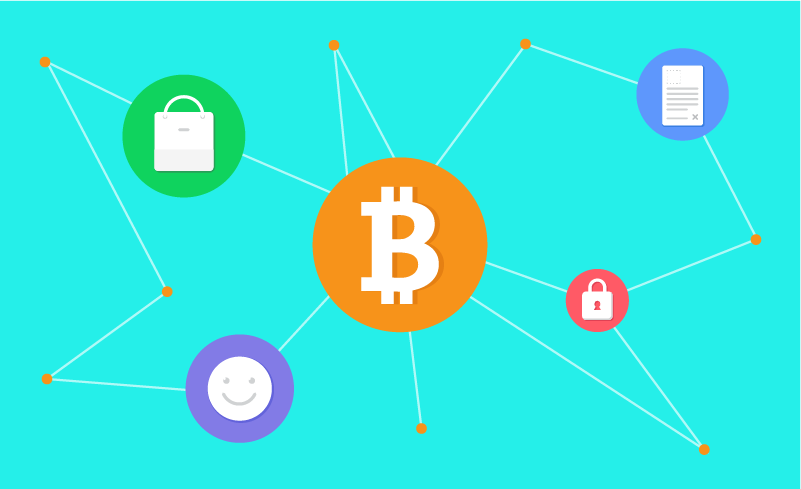 Ujo Music: a decentralised platform for music licensing and distribution

A great Dapp example is Ujo Music. Built on Ethereum, Ujo aims is to decentralise music licensing and distribution through smart contracts. It is developed by Consensys - a company that builds Dapps as well as developer and end-user tools for blockchain ecosystems.

Ujo-developer Simon de la Rouviere explains the decentralisation they have in mind: “We envision a global, open, decentralised, machine-readable licensing system: owned by no-one in particular, but simultaneously owned by everyone. Its policies are set by the artists, upon which any app developers could build a service to incorporate the artist’s music in their applications.” In digital rights management, these are the main problems that need to be solved:

“Ujo is solving this really difficult problem with smart contracts,” Gert-Jan says. “When someone buys an Ujo-supported work, all contributors get their fair share. No pre-blockchain technology succeeded in managing this reliably and scalably.” The platform Ujo is building improves the way licensing is currently handled, but also opens up numerous possibilities for innovative and flexible licensing schemes.

Here is a breakdown of the “building blocks” Ujo uses for their decentralised platform (borrowed from Trent McConaghy’s post):

For more on the challenges of building Ujo on Ethereum, check out this post we did with Simon de la Rouviere.