An Inside Look at Entersekt’s Approach to Hiring Developers

Entersekt is a company in Stellenbosch providing push-based authentication and app security. Last year, they secured a multi-million dollar investment from Rand Merchant Investment Holdings and Nedbank Private Equity. They also strengthened their footprint in overseas markets like Europe, the US and the Middle East through partnerships with CREALOGIX, Netcetera, Blue Bay, Backbase and IST Networks.

The new investors and fast growing client base requires a swiftly growing team: Over the past 12 months, Entersekt’s overall headcount has increased by 50%. Now they are looking to double their software engineering team, a task Philip Botha has taken over.

For Philip, smooth processes and good internal communication are crucial stepping stones on the way to hiring great developers. This ties in with how he views recruitment: “Some managers see recruitment as a necessarily evil, but for me it’s an important window to our company culture,” Philip says. “My philosophy is that every candidate should feel like they want to work for Entersekt, whether they get the job or not.”

That’s why the team cares a lot about the experience developers have when interviewing with Entersekt. “I think that people underestimate the importance of this, but the way you interact with candidates plays a very important part in how they will see your company,” Philip says. They closely attend to all phases of the hiring process to ensure that it is streamlined and that communication with candidates is courteous, timely and clear (see below).

For Entersekt, hiring is a two-sided evaluation: The company gets to assess the candidate, but the candidate in turn gets to evaluate the company. Given the short supply of developers, Philip and his team understand that a developer’s impression of them matters a lot. Someone who has a good or bad experience interviewing with a company is very likely to tell others about it. So in effect, the interview is not only about selling the company culture to that one person but potentially also their entire network.

Prior to their current growth phase, Entersekt’s hiring process was rather unstructured and informal. The company mostly hired through their own network and managed to build a team that has not seen any churn in the past two years. Nevertheless, successfully hiring developers was often a time-consuming exercise: In some of the worst cases, it took five to twelve months to fill engineering roles.

To keep up with the hiring demand, Philip was trying to balance his own responsibilities with recruitment by burning the midnight oil. In March, the team decided that it would make sense for Philip to deliberately take ownership of Entersekt’s developer recruitment. In addition, the company contracted a recruitment consultant, Jared Clapham, to assist with hiring throughout the organisation.

Philip now spends around one and a half hours every day on recruitment. Jared assists him with internal and external communication and coordination. Having one or two people who purposefully focus on hiring, has really helped them streamline their process.

Sticking to a defined process

The lack of such a clearly defined process used to cause a lot of pain for Entersekt. In some cases, they made the mistake of assessing technical skills too late in the process. “By doing this, we really wasted time on both sides,” Philip admits. “It would happen that we spend up to two hours talking to a candidate and really getting to like them, only to then find out they don’t have the required technical skillset.”

Entersekt’s new hiring process helps them to be more deliberate about the order in which they assess a candidate’s suitability:

Philip manages this process as a hiring pipeline by using a shared Trello-board that everyone involved in hiring has access to. Whenever someone enters their hiring pipeline, a card with their CV and details is created and added to the board. This allows for easy visibility on the process as a whole and keeps everything in one place. It also helps Philip to spot if someone is stuck somewhere in the process.

Despite the fact that Philip takes ownership of hiring, neither the process nor the decision making is centralised. A number of people are involved in the process at different times and this makes for a somewhat complex dynamic. Entersekt has two solutions to this problem:

One of them is a weekly standup that involves everyone involved with the hiring of developers: Philip, Jared, HR, the CIO (Gerhard Oosthuizen), the VP of Engineering (Hannes de Jager) and hiring managers for the different roles.

According to Philip, standups are a great way to catch up on anything that has fallen behind.

They talk through all the candidates in the pipeline, identify and discuss possible issues, make decisions where needed and discuss ways in which they can improve the process.

The other one is a Slack channel for discussions related to the hiring of developers. In their experience, this helps to improve internal communication and speed up the whole process. Things discussed here include which technical assessment to send to a specific candidate, reviews of assessments, quick debriefs after meetings with candidates and any incoming CVs.

In alignment with their hiring philosophy, the Entersekt team is also very focused on their external communication, meaning the way they engage with candidates. In Philip’s mind, this should be focused on two things: building relationships and being courteous, timely and clear.

For Philip, engaging with candidates is first and foremost an opportunity to build a relationship. “If you are serious about the potential value of the relationship, you need to have your act together,” he says. This relates to the way that Entersekt sees their team: Although they need specific development experience and skills, they are also looking for an individual who shares their passion and wants to be part of it. “We’re a growing company and we want to know that someone can and wants to grow with us,” Philip says.

That’s why, even when he first reaches out to a developer, he tries to make his message engaging and personal. He tells the person about the role and why they could be a fit. For him, a platform like OfferZen works well with this approach as it allows him to talk directly to developers he thinks might like working at Entersekt. “With traditional recruiters this is much harder. You don’t get to make a personal connection, which can help you stand out as a company or team,” Philip says.

Philip thinks there is much value in having a member of the engineering team involved in the sourcing of candidates.

“A shared knowledge of and passion for technology is a great basis for making a personal connection.”

“You should use that common ground in your hiring process, and someone from HR cannot necessarily do it in the same way that someone from your team can.”

Being courteous, timely and clear

Another important aspect in building solid connections with potential new team members is communication: “Consistent hiring is hard, and with sloppy communication you are bound to drop the ball more often than not,” Philip says. “We want people to know exactly where they need to go, who’s going to be there, and what’s expected of them.” That’s why Entersekt’s communication always has to be courteous, timely and clear.

As mentioned earlier, Entersekt’s hiring process is not centralised. In accordance with this, they don’t have a strict format for interviews. Nevertheless, they have learned that being clear on what they want to assess in an interview is very helpful. “It’s surprisingly easy to interview someone for 90 minutes without getting to what is important,” Philip says.

That’s why, before hiring someone, they need to answer three basic questions: 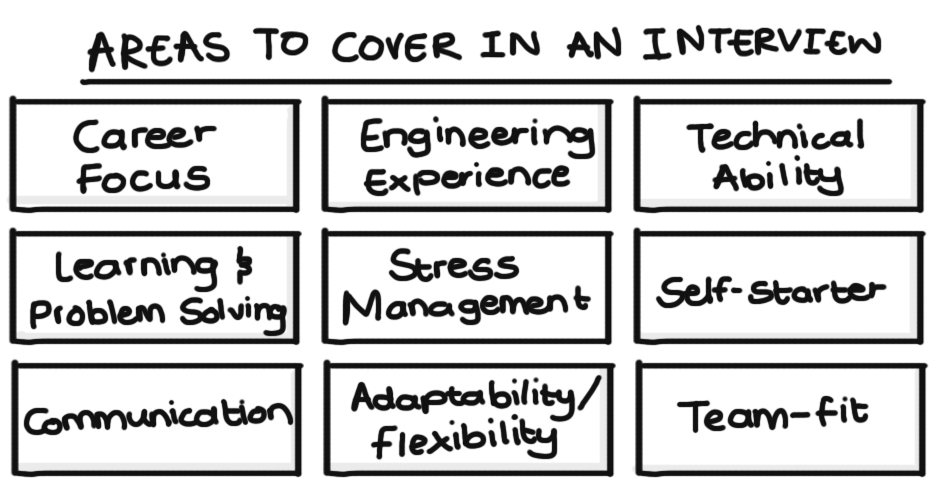 To answer these questions, they have identified nine useful areas to cover in an interview: career focus, engineering experience, technical ability, learning and problem solving, communication, stress management, self-starter, adaptability / flexibility, and team fit. As a guideline, Philip has designed a template with a few possible questions for each of the sections.

A successful hire is not the end of a process for Entersekt, but the first step towards building teams that last. “The most important thing about building great teams is hiring someone that is a good fit. If you don’t have the right person in the right role, you’re fighting a losing battle,” Philip say.

Despite their focus on a structured hiring approach, Philip is careful not to make the task too process-heavy. Therefore, they focus on keeping their processes flexible and making changes when required. “The goal is to hire great developers, not to have the perfect process.”

Topic: Tech Career Insights
Guide to Working and Living in Dublin for Software Developers
When it comes to the most prominent European startup capitals, London and Berlin are usually the first to be brought up...
by Simone Markham
Topic: Tech insights
How We Succeed as a Self-managed Team
My team at Entelect joined a client’s project three months after it started, and needed to catch up. We succeeded by...
by Andreas Nel
Topic: Tech Career Insights
Kotlin Developer Salary Trends in South Africa
Mastering niche programming languages is one-way developers can increase their earning potential. For example, while only 4.4% of South African developers...
by Josh Nel