Why a lean UX mindset makes for better software products

Phil Barrett is one of the executive design directors at Absa’s Africa Design Office. He has been in the industry for many years and knows that user experience designers still have to justify what they do and why it matters. “Many developers still get taught that making software is about writing code,” he says. “Nobody tells them that it’s about enabling human beings to do useful things easily.” But why should software engineering organisations care about human-centered design?

Growing up in the home computer revolution in Great Britain, Phil spent much time locked in his room, playing Dungeons and Dragons and writing quite a few adventure games and graphics programs. Despite eventually leaving said room to study computer science, he finally decided against becoming a developer. Phil was more interested in how people interacted with the computer than the workings of the software itself.

His passion eventually led him to the leading British UX design agency Flow Interactive (now Foolproof). Together with his wife Debré, he brought the agency to Cape Town and then sold to Deloitte Digital in 2014. “Now I mostly solve meta problems. I design systems and processes, cultures and methods to enable design at scale,” he says.

Designing UX at scale is not an easy feat. There are still widespread misconceptions that prevent organisations from understanding and leveraging its full potential, such as the the question of why it takes a very specific type of person to be good at it.

According to Phil, a person can tell if they are a UX designer because they are passionate about making digital technology match the needs, behaviours and motivations of people in real world situations. They constantly ask themselves: Why do people do what they do? How are things organised? How do they feel as they use this product? How could we make it match the task better, so people can get the job done more easily and quickly? “You know in your heart if you want to work in UX because you just look at these questions and you can’t leave them alone.” 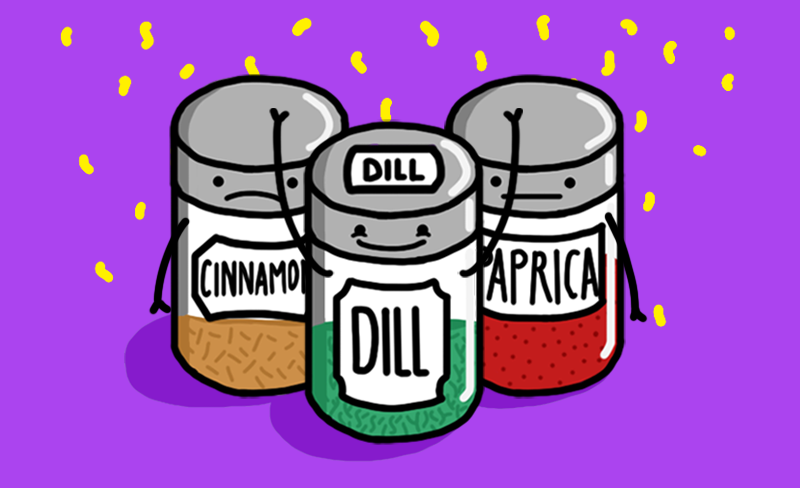 “So, ridiculous example,” Phil says. “Woolworths’ spice pots. They’ve recently started writing the name of the spice or herb on the lid of the pot as well as on the front.” Unlike in the 70s where you would look at the spices in the shelf from the front, these days, many more kitchens have spice racks in drawers where you look down on the spices - hence the need for additional identification. “The day they started putting their spice names on the lid, Debré was absolutely ecstatic: ‘Awesome! Now I don’t have to write a sticker and put it on the lid anymore!’,” Phil recalls. When Debré excitedly tried to explain this life-changer to their daughter, she just rolled her eyes: “Is this some user design thing again?”

UX designers have a very refined eye and care a lot about the nuances of a user’s experience. Many people can’t articulate why they do or don’t like a digital product but a good user experience designer can pinpoint tiny factors that matter - and make the changes needed to get customers to adopt and use a product happily.

For Phil, UX is all about about “understanding what customers really want, why they want it and then making things useful, reliable, easy, delightful, and persuasive”. It’s about creating a great experience overall. Imagine for instance eating at a restaurant:

“If the food was delightful but you couldn’t physically get it into your mouth or it was not digestible by humans, it would be a disaster,” Phil explains. But similarly, a restaurant that advertises bare nutrients would also frighten off potential customers. That’s why an experience needs to tick all the boxes:

When customers enjoy an experience, they are likely to engage in it. For software companies, this translates into happy users that stick with their product. Good designers use a method called design thinking to help them achieve this goal.

Design thinking is a set of creative strategies for coming up with solutions to problems that people haven’t articulated before or haven’t found possible to solve, i.e. what does my customer want and why. “There’s that famous Einstein quote: ‘You can’t solve a problem with the same thinking that created it.’ That’s exactly where design thinking comes in,” Phil says.

The foundations of the design thinking process are, in short:

Phil highlights that the following axioms are essential for a successful implementation of the design thinking process, especially when working in interdisciplinary teams:

Getting engineering and UX designers to collaborate

Design thinking is a very powerful tool, but designers do need to explain the process in terms that make sense to those they work with. Engineers for instance typically try to use what they have at their disposal to put together a solution that works within the given constraints - things like cost, speed or output.

This could be at odds with the ideal vision of a UX designer unless they can explain that the subtle and emotional behaviour of human beings is one of these important constraints.

“Sometimes when I work with engineers, I like to explain the API for humans,” Phil says. “There are a bunch of calls that you can’t really make against a human, because they usually fail and give varied, unreliable results.” But then there are those that work really well and if you know what they are, then you can get great results, because, according to Phil, a graphical user interface is like a human machine API. Making things human compatible is obviously in the interest of the entire team if they want their product to be successful.

The solution is finding a common language and using shared concepts that both the UX designer and the rest of the team understand.

This also comes in handy in another scenario: “Say a developer is judged based on how much fresh code they can write and how many new features they can get out of the door,” Phil says. “It’s easy for them to feel like a UX designer is wasting their time when the designer asks them to rewrite a feature to improve the UX.”

However, good developers know one thing: The only proven way of making truly awesome digital products is continuous improvement.

That’s why product teams watch customers use a released piece of software, learn what they could do better and then iterate. “Do that a thousand times and you have a truly awesome product. If you don’t, your product quality is probably going to deteriorate because the broken stuff will mount up to a point where it’s just unusable,” Phil says.

Engineering teams have the concept of technical debt: The team has to go back and fix suboptimal code when there’s time. They refactor the code. The same goes for UX: A feature goes out into the market with suboptimal UX for various reasons: to seize an opportunity, to test it or because it only turned out to be suboptimal after being shipped. But when that happens, the team has created UX debt, which needs to be refactored too.

UX problems are essentially technical debt that need to be refactored.

In Agile, debt is part of the backlog and is prioritised alongside new features. “Fixing debt is very important because, again, if you leave it too long, you’re essentially dead,” Phil says. “If that’s how I as a designer explain my UX fix to a developer, I already have a potential ally!”

Understanding how simple, albeit not easy, it is to find common ground, Phil encourages his interdisciplinary teams to adopt a lean mindset for collaboration.

“The lean UX process is a pragmatic yet creative, experimental yet productive balance. And, actually, most of the time, that’s the winning mindset.”

According to Phil, it deals closest with the day-to-day reality of making successful software in interdisciplinary teams. For UX designers in an Agile environment, this means that all of their design thinking principles still apply.

They should help to bring all of the stakeholders (anyone from product managers, front-end, back-end but also investors and directors) together to collaborate, prototype, test, iterate and refine.

This is how it should look: There’s just one team. UX designers follow the same sprint cycle as the developers and attend all the ceremonies. They will typically work a short distance ahead of the developers and run face to face user testing in every sprint. They minimise the polish for things not directly consumed by customers (like wireframes), and spend as much time as possible on solving problems and the things users will touch - all side by side with the developers. They maximise the opportunities to run experiments with users, and measure user responses via analytics.

“This process maximises the quality of the software you’re building and quality is what customers want,” Phil says. “It reduces the overhead of collaboration and allows the team to build, measure and learn in small batches.” This way, engineering teams can prove or disprove their ideas with real evidence as fast as possible.

“Ideation and new ideas do need to come into the mix, but you need to introduce them in bite sized ways that fit into this Agile process,” Phil explains. While sometimes taking time to explore and frame the long-term goal, the UX designer has to focus more often on practical, incremental improvements across multiple releases.

With limited budget and time, the UX designer has to be pragmatic about delivering the necessary, basic functionality as cost-effectively as possible. Only if it’s clear that a given feature or idea is key is it worth to invest both design and developer effort.

That’s why a UX designer needs to ask:

The most successful consumer facing organisations in the world (think Apple, Google, …) have put human centred design and customer centricity at the heart of what they do. That is, in Phil’s opinion, exactly what makes them so successful: The understanding of what humans choose to do and why they do it is at the heart of UX thinking but it’s really at the heart of successful business thinking.