OfferZen has been working on a project called Root - an experiment to open up the world of financial services for software developers. It’s currently operating in private beta, but Root will soon launch an open and programmable lightweight bank account.

To bring this to the market, we’re partnering with Standard Bank who provides a secure store of users’ funds, the underlying bank services and the regulatory framework.

Root is headed up by Louw Hopley who previously started an iPhone app development company operating in New York and Silicon Valley. He came back to South Africa to start Root, and he and his team are based in OfferZen’s office in Cape Town. 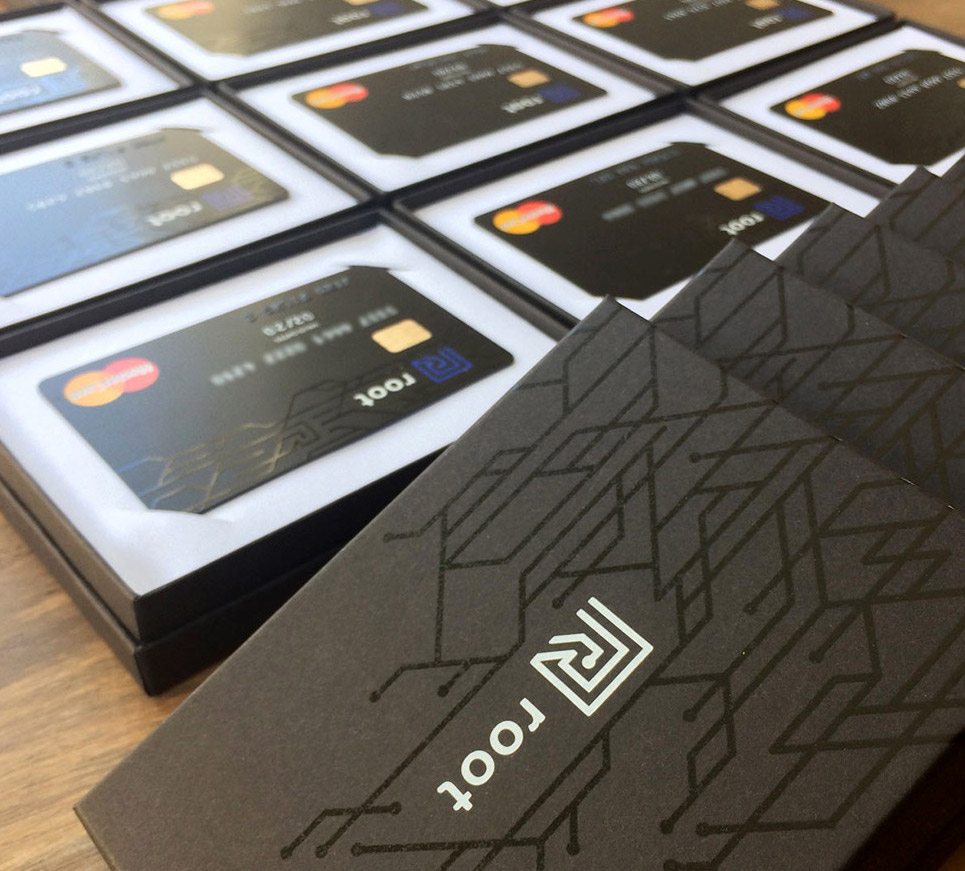 The account is accessible with code, and the credit cards are developer friendly. This allows developers to write code that interacts with transactions in real time. The code, called RootCode, is securely hosted by Root in the cloud. 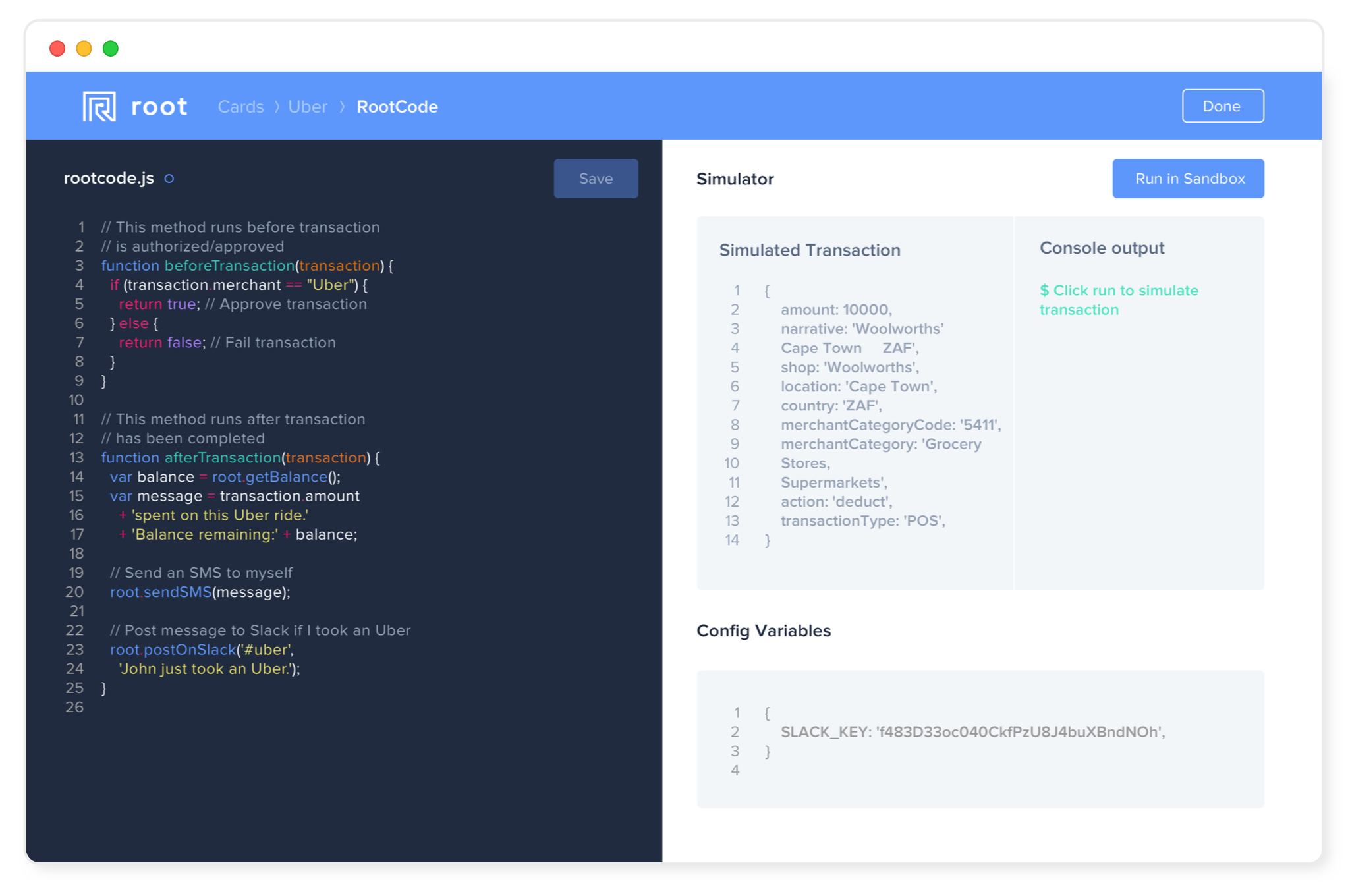 Through RootCode and other APIs to the bank account, users can quickly build any feature they dream up and easily integrate with other services to expand their account’s functionality. In essence, Root enables people to build stuff on top of the bank.

Why did OfferZen make Root?

OfferZen’s mission is to help developers build great things. For the past 15 months we’ve helped many talented developers find jobs where they can do just that. But we want to do more than that. Root is the next step towards achieving that broader goal.

Fintech is an exciting industry for innovators, but entering the space is incredibly hard and slow due to regulations and massive starting costs. Root eliminates these barriers and enables the developer community to find new and innovative ways to control their money. With Root, any software developer can build a fully functional fintech product without special access to the banking world.

Users in the private beta have built really exciting things, and we can’t wait to see what other developers do once we launch.

What can you do with Root?

Here are some examples of what Root allows users to do.

Let’s say you give your daughter R500 pocket money each month, but you’re worried she might run out of money and be unable to a order an Uber home. So you write a little code and give her a Root card that a) gives her a limit of R500 per month, and b) lets her take as many Uber rides as she needs (enabling her to spend beyond the R500, but only for Uber).

You’re trying to cut back on how much you spend on coffee. So you write a bit of code to help you. Each time you buy a coffee you get a custom SMS notification that tells you how much money you’ve spent on coffee in the past week.

You want to visit Thailand, but you’re struggling to save money for the trip. So you write some code that rounds up each card transaction you make to the nearest R5, and adds that to your savings account.

You’re trying to keep track of how much you spend week-on-week. So you write some code that sends your transaction data to Google Sheets, where you can create charts comparing your weekly spend.

Root is still operating in private beta. We aren’t ready to announce a pricing model yet, but you can join the waiting list by visiting root.co.za.

Topic:
Guide to Working and Living in Dublin for Software Developers
When it comes to the most prominent European startup capitals, London and Berlin are usually the first to be brought up...
by Simone Markham
Topic: Tech insights
How We Succeed as a Self-managed Team
My team at Entelect joined a client’s project three months after it started, and needed to catch up. We succeeded by...
by Andreas Nel
Topic: Tech Career Insights
Kotlin Developer Salary Trends in South Africa
Mastering niche programming languages is one-way developers can increase their earning potential. For example, while only 4.4% of South African developers...
by Josh Nel