The Changing Face Of Software Testing: Where Do We Go From Here?

As testers, we’ve evolved our craft a lot over the years. Inadvertently, though, we’ve also erected a bunch of barriers to effective testing. I’m a testing professional who’s been in the industry for nearly two decades, and I’ve seen this happen first-hand. In this article, I’ll first discuss the main barriers we’ve created before diving into the mindset changes and practical strategies that I have found works to overcome them. 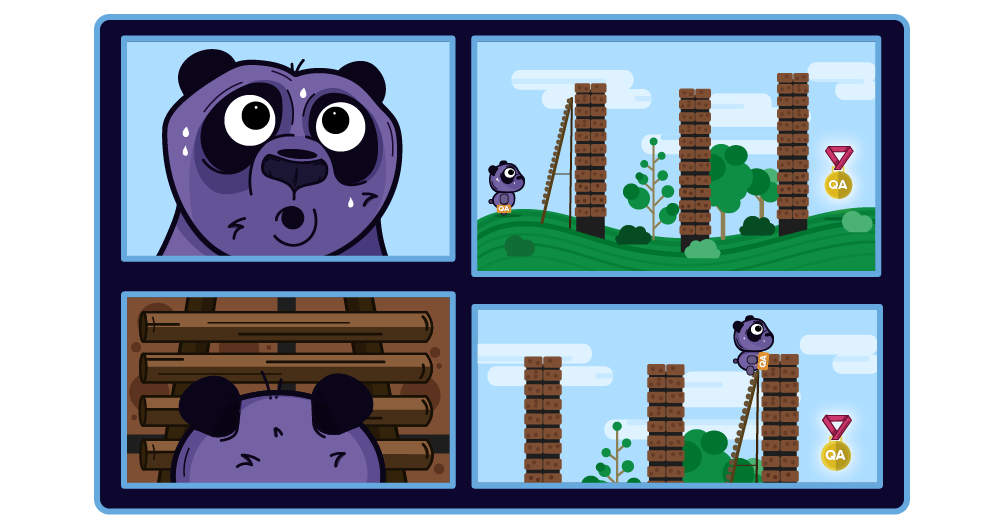 What I mean by testing

Testing means different things to different people, so it’s worth clarifying what exactly I’m referring to. The testing that I’m talking about is the kind done by a specialised team normally known as the Quality Assurance (QA) or Test team. These are the teams that I have been working in for many years. This team’s testing happens separately from those done by developers who, for example, work with unit tests. The QA or Test team would:

Testing is effective when it can reliably determine whether software is good enough to be released. Unfortunately, we’ve erected three key barriers to this. Here’s what I’ve found them to be.

Testing is effective when it can reliably determine whether software is good enough to be released.

1. We’ve oversimplified things, making it harder to determine whether software is good enough

Over time, our effort to entrench testing in the Software Development Lifecycle (SDLC) has had some nasty side effects. In trying to build standardised, scalable processes to decide whether the code is worthy of release, we’ve oversimplified things. Software behaviour is complex and very much context-dependent. The common way that we test software doesn’t properly cater to this complexity and is too rigid to deal with different contexts.

We often pass software through a set of consecutive test cycles. Each cycle comprises of a range of tests, the results of which are aggregated into a simple pass/fail rate and a bug count. Only when code satisfies these simple checks is it deemed “good enough” to deploy to production. This is bad because:

All of this means that we don’t give enough attention to the context of the change or the failures that were noted. These processes often also “activate” testing as a phase right at the end of the SDLC because there are so many gates to clear first. Often the time available to test is squashed to almost zero, which negates most of the value that testing is supposed to bring. We have designed cookie-cutter processes and we apply them to all situations only to be surprised when they consistently fail.

2. We’re seen as gatekeepers and tolerated, making it more difficult to collaborate with developers on improving software

By hammering on about injecting our gated processes into the SDLC, we’ve acquired the label of “gatekeepers” amongst developers. This breeds resentment and an “us-versus-them” mindset amongst both developers and testers. Such a mindset is problematic, because it hampers collaboration. Without close collaboration between developers and testers, it’s a whole lot harder to create the shared context necessary for effective testing.

The gatekeeper label also obscures the value that great testing actually brings: it provides accurate and trustworthy information of a change or system in terms of its readiness for release. This is very closely linked to the issue of oversimplifying things, as there is more value to great testing than just the “pass one clean cycle then release” approach.

A big part of being tolerated rather than embraced is that testing is often seen as an entry-level career and those that do it were the ones who did not make it in the programming course. Of course, that is complete nonsense and our craft is as important as all the other disciplines that contribute to the software delivery process but we need to start showing up. We will show up if we ourselves, value the work that we do, firstly, and then demonstrate that value to the rest of the team with meaningful contributions. We keep talking about the same problems and complain about the same issues year after year without actually offering any real tangible solutions to improve testing and so the label sticks. No doubt some of the processes that we nurtured and curated were necessary to promote collaboration with teams and add value, but it has often, in reality, had the opposite effect.

3. Testing bureaucracy becomes an obstacle to agility and rapid releases, both of which are integral to improving software

We often insist on a signed-off specification or requirement document before we start our process. This slows everything down. Truthfully, I am yet to come across a complete and fully comprehensive specification anyway, so why force everyone to wait?

Another example is how we write and capture test cases. We don’t need a million 100-step tests that describes to minute detail what each step should do, because that is not the real value of testing. The value of testing lies in the information that we gather and what we can supply when we test and exercise a system with our experiments.

I am not saying stand back and let Rome burn, not at all. I’m saying that it is a problem that we try to enforce one standardised paradigm in all cases. We should be more sensitive to, and flexible around, each testing context. More on this later.

To overcome the barriers, we need to change how we think about testing

We need to make a paradigm shift. We need to start thinking of ourselves as the “providers of valuable information”. This means that we must (i) make the information about what and how we test as valuable and relevant as possible and (ii) provide this information at the right time. If we use the familiar framework of People, Process and Tools we can tackle the simple changes that will dismantle these barriers.

We must (i) make the information about what and how we test as valuable and relevant as possible and (ii) provide this information at the right time.

We as testers are the people in this equation. We need to make these subtle shifts in our mindset to truly change for the better.

Keep it light: The more complicated your process becomes the more difficult it becomes to follow and to get value out of it. Let your process support the context of your business. The key is striking the balance between having enough documentation, but not so much that you get caught up in it. We have trained ourselves to treat a Business Requirement Specification (BRS), the document that describes the characteristics of the proposed system from the viewpoint of the end user, as the only source of the truth. That is not always true and, in fact, blinds us to many other features of the System Under Test (SUT) that might not be documented. No doubt there is some really valuable information in these, but treat the system as your source of information and check that against the BRS for differences or anomalies. Do more exploratory testing, discover what you know about the system and how it behaves.

Like any skilled worker, we need good tools but we can’t solve the testing problem with tools only. We need to focus on the thinking that goes into testing as tools can’t think (at least not yet!). Tools can help us execute our thinking and not the other way around. Navigating this world of tools can also be confusing so here are my top tips for staying on the right side of the tool decisions:

Rome was not built in a day: overcoming the barriers that we have erected as Testers will take time. Changing our thinking through the subtle changes I have recommended is the key to doing this. In my own working environments, I’ve seen how positively teams respond to this shift in thinking.

Charles Brittz is a passionate advocate for the testing craft and the value that it can bring organisations, if done right, and for the right reasons. He is a strong supporter of context-driven test approaches and embraces the learning opportunities that testing challenges afford him.