It’s one thing to build awesome software, but it’s entirely different territory turning this software into a successful business. For a technical founder, this often involves a myriad of sacrifices and tough decisions that could lead to losing or winning big. That’s why we invited three South African tech founders in Cape Town to share their learnings and over 70 people from the tech community to ask them questions. Here’s a video of their conversation and the main takeaways from the event.

When we realised that many budding or actual tech people turned startup founders may be experiencing similar challenges, personal growth, and learnings, we decided to create a panel-discussion event around this: Startup Stories.

The panel was hosted by our Co-founder, Philip Joubert, and included:

If you weren’t able to make it to the event or feel like you want do it all over again, you can watch the full conversation on the evening below. But, if you’re short on time, we’ve highlighted some of the key takeaways in the rest of this article.

1. Solve an old problem with new tech for a potential business idea

All three founders shared that using tech to solve a problem was at the core of their business idea:

Benji and his team didn’t initially set out to build a business, but rather to solve a long-standing problem in the farming industry, namely, managing and monitoring crops. This idea eventually became the business that is Aerobotics.

Evan, on the other hand, struggled to do his taxes and asked his friend, Mark, a tax accountant, for help. After realising that Mark’s questions made the process simple and effective, the two set out to ‘put Mark’s brain into a machine’. That’s how they ended up building a virtual tax assistant to ask these same questions, and so TaxTim was born.

In this same way, Louw, and his co-founding partners, realised that banks were not developer friendly. They set out to hack the idea of ‘robotic bankers’ by building a tech stack that gives developers the ability to build, prototype and ship their own financial and insurance products. This led to the beginnings of Root.

2. Choose an idea that matters for the right reasons

It’s often said that 90% of startups fail, but, when it comes to being one of the ‘lucky 10%’ that don’t, luck has got nothing to do with it. According to the panel, it all comes down to choosing an idea that matters for the right reasons.

Evan knows that if all the highs fall away, like a cool office, hip team, or money, it’s the idea that keeps you going through the lows. For him, this is the idea of helping people feel stress-free and confident about doing their taxes.

Louw and Benji agreed that striving to build a solution to a problem that they feel passionate about keeps them going. It is also one of the reasons they chose to start their own business rather than work in big corporates.

They recognised that working at a company like Google or Facebook would mean more security than the volatility of running their own companies. But they also felt that they could have a bigger impact by building their own tech and contributing to solving a problem closer to home. 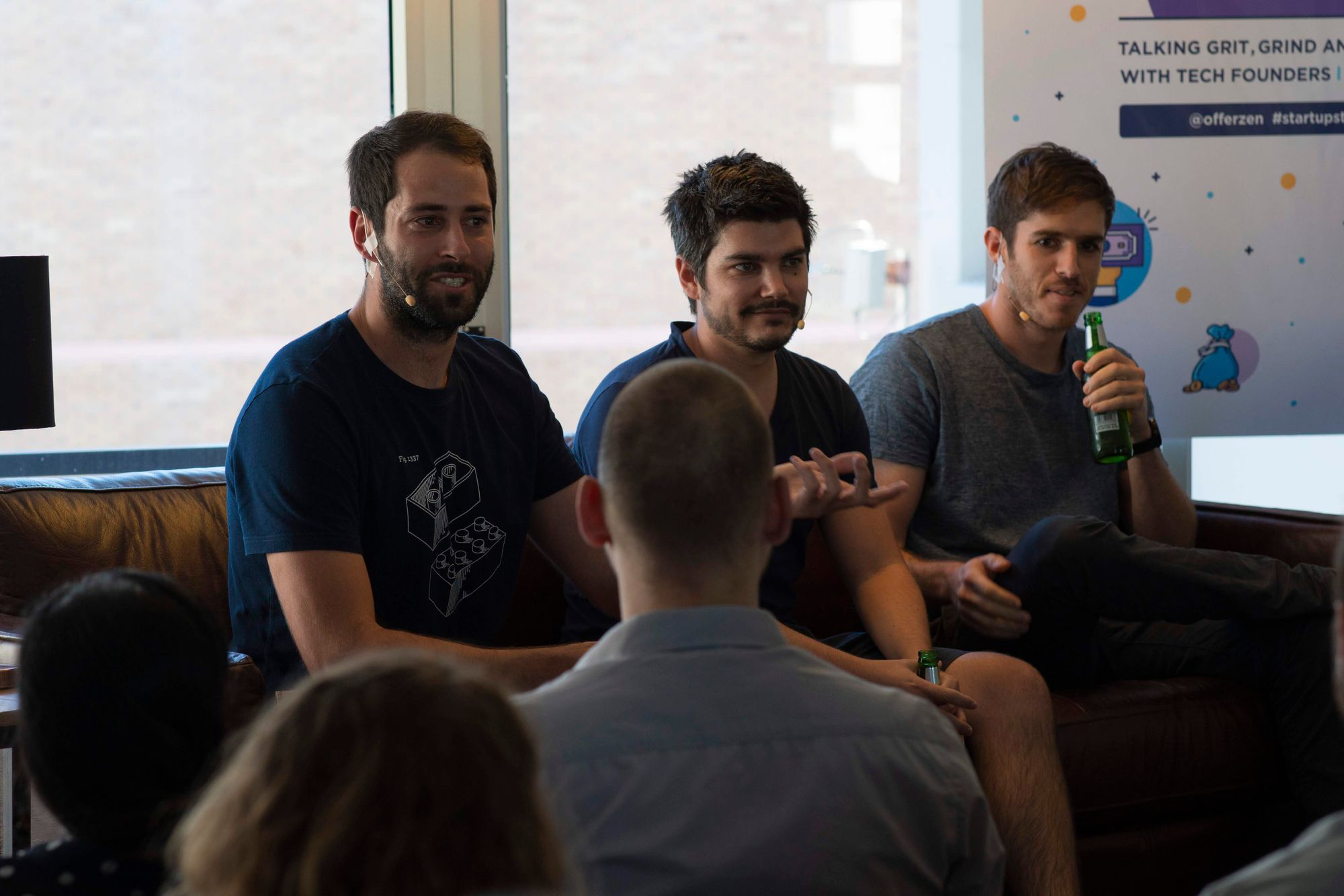 3. In the early stages, keep it simple and work with what you know

When it comes to launching a technical product from scratch, Louw, Benji and Evan all agreed that it’s best to keep it simple.

In the MVP days of Root, Louw admits that they tried to ‘over-engineer’ decisions and take on more than they could handle by offering micro-services. However, they soon realised that it was smarter to stick to a tech stack that they knew well, because they could then iterate quickly and effectively which is ideal when building an MVP.

While Louw experienced over-engineering in terms of software, Benji had his challenges in the hardware department. Owing to his engineering background that he shares with co-founder, James, Benji admitted that they definitely tried too hard to ‘reinvent the wheel’ in the days of building their first drone. This was especially true because the tech was relatively new at the time and they felt they needed to outperform the international market.

Evan, on the other hand, could personally attest to the advantage of keeping it simple early on. In the birth of TaxTim, they deliberately built a generic product that allowed non-programmers to input any form or dialogue. This made it easier to scale TaxTim when it came time to demonstrate its product-market-fit, because it was already accessible to its user audience, namely South African taxpayers.

4. Think about funding as more than just getting money

When it comes to launching a business, it can be a challenge to get funding regardless of what you’re selling. However, the challenge increases when you’ve built something that the customer doesn’t even understand yet.

That’s why Benji believes that it’s valuable to first build the product so that the customer can understand what it can do for them. This was especially true for Aerobotics, which involved launching new, unconventional tech, like drones, in the traditional industry of agriculture. Aerobotics was the first to the market, but that also meant that they had to spend time educating farmers, their customers, and making the product easy and intuitive to use.

But, in addition to getting funding at all, it’s also crucial that this funding comes from the right investor. Evan believes that founders shouldn’t take money from investors, unless these investors can offer value other than funds. Whether that’s mentorship or access to an awesome network, it’s important to ensure that investors are people who add value. Benji also stressed that research into the integrity and reputation of investors is key to successful funding. 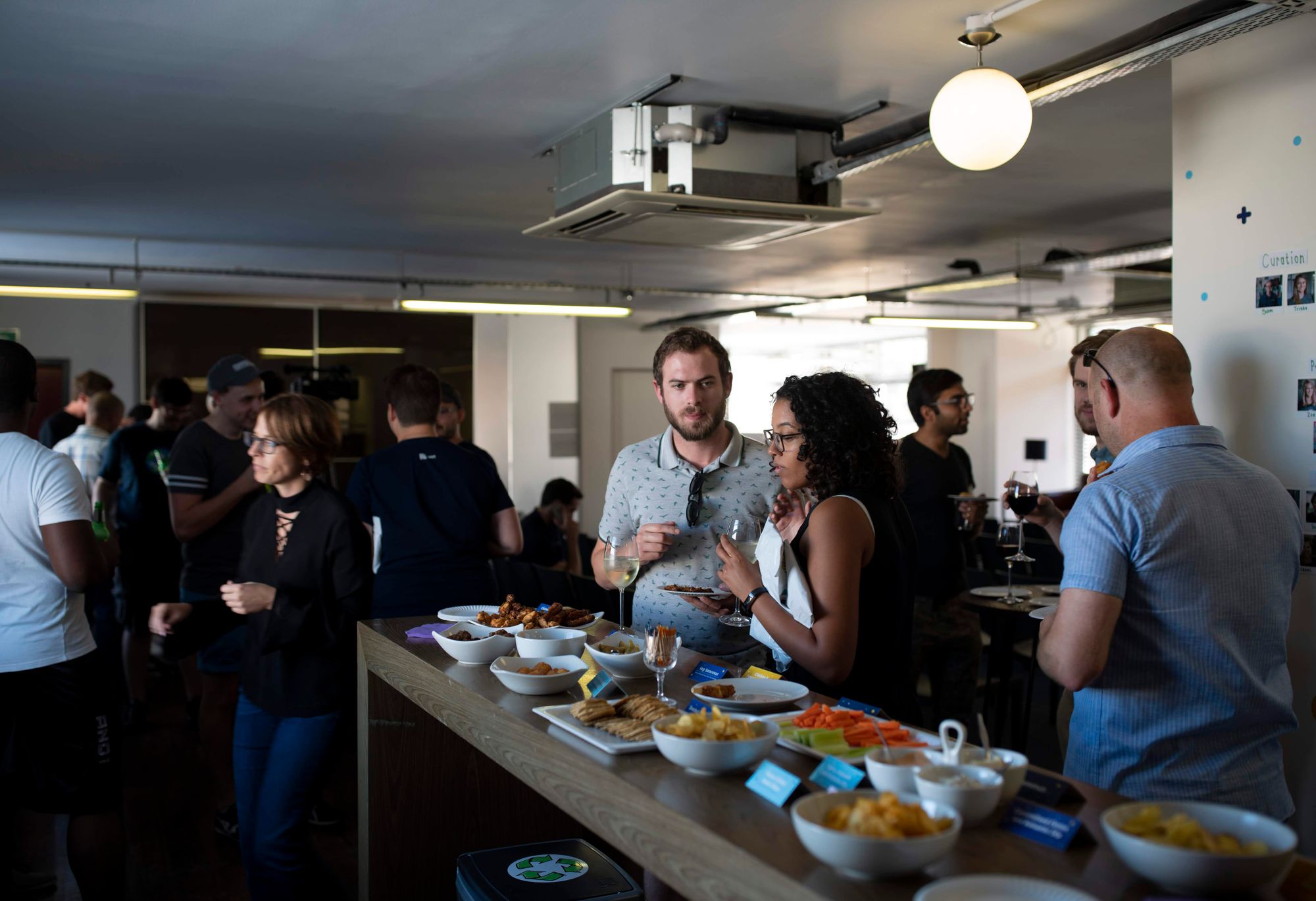 5. Hire people who are smarter than you and trust them

As founders with technical backgrounds, Evan, Benji and Louw spent the early days of their businesses behind computer screens fixing technical issues. But now, as founders of growing companies, their line of focus has shifted from managing technical problems to leading people.

As a coder, Louw has always felt more comfortable using code to solve problems. However, once Root started growing, he had to shift his focus to bigger opportunities and the challenges that lie in the future. This means that he leaves the coding to his team, who, as he admits, surpass his technical ability anyway. Similarly, Benji and his co-founder soon realised that the team they hired were a lot smarter than they were at fixing technical issues, but needed direction. This is why the founders of Aerobotics spend most of their time figuring out ‘what’s next?’.

On the other hand, Evan knows that it is important to play to your strengths. He is more comfortable talking about software products than people management. Both he and TaxTim co-founder, Mark, are technical at heart so chose to look outside for a ‘people person’ who can focus on team health and hiring. They’ve decided to hire a CEO to fulfil this role which means that they can concentrate on doing what they do best.

6. Ask for feedback from people you trust, including your customers

Whether it’s iterating on your product, testing an idea, or improving your people management and leadership skills, all three founders shared that asking for feedback has helped them immensely.

When it comes to improving products, Evan and his team decided to build feedback mechanisms into TaxTim so that users could let them know what worked and what didn’t.

That said, a customer is more than just a click, so both Evan and Benji stressed the value of in-depth user research to discover where products and processes can be improved. For instance, Benji found that some of their most valuable business insights were gathered by just talking to their customers, asking about their pain points, and building trust.

Evan has also found that having a business partner means that he receives crucial and honest feedback, while still having someone to sanity check his ideas and decisions against. This has helped him stay motivated through the low points of launching a startup. 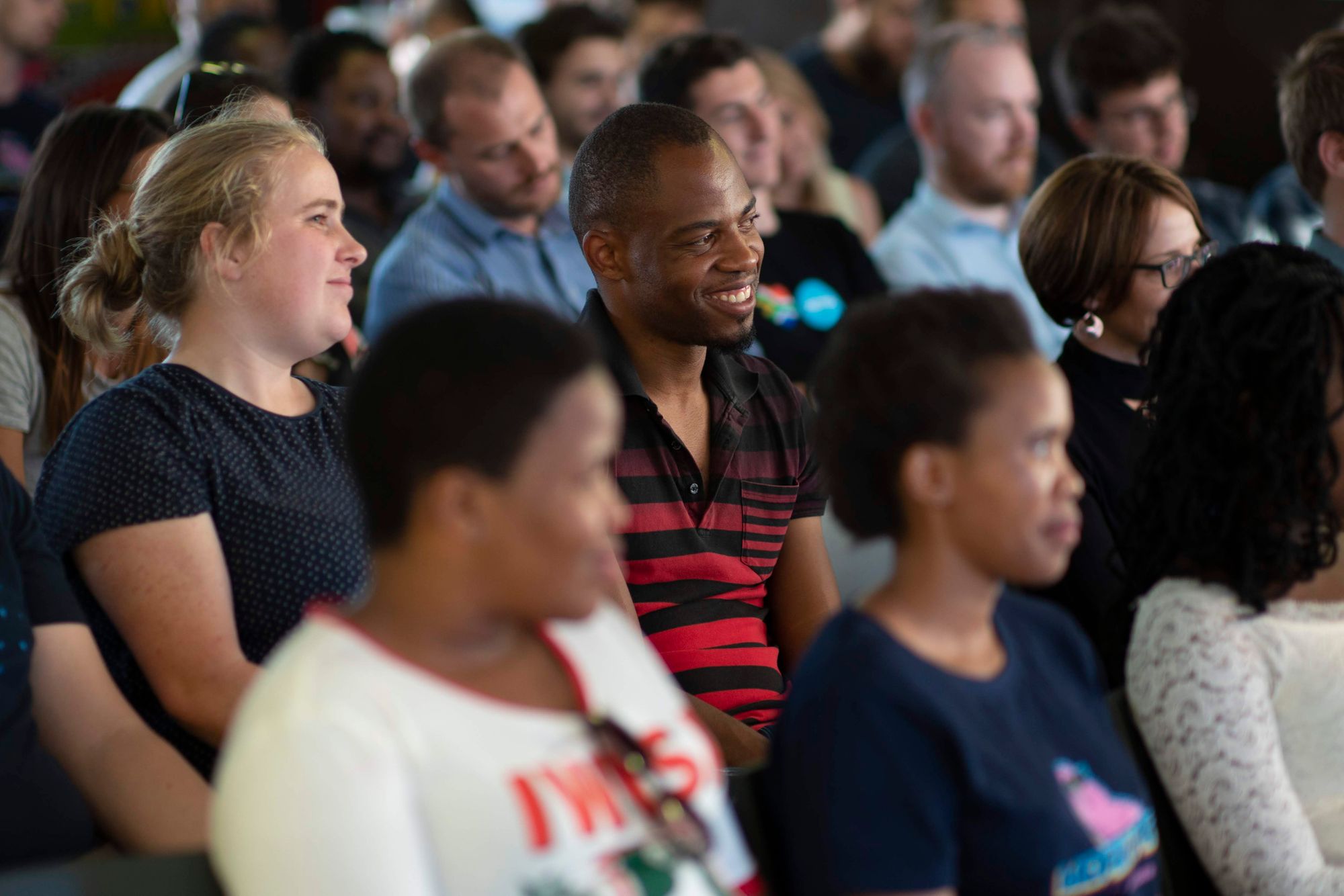 Being a founder is notoriously challenging, so it’s no surprise that there were tons of questions from the audience on juggling work and play. The secret: setting clear boundaries.

Although, as Louw pointed out, work-life balance is not necessarily a 50/50 split for startup founders. For him, this balance means never working on Saturday whereas, for Evan, it means not working at home as far as possible. Evan also pointed out that the absence of clear boundaries means that his work is more likely to pollute his rest space, which, consequently, means that his rest is not restful.

Benji takes a more structured approach to rest which means that he books out time in his calendar to relax, surf, meditate, or exercise.

At the same time though, Benji really loves the tech he is working on and so sometimes doesn’t feel like he is working at all. This only serves as a sobering reminder to choose an idea that matters for the right reasons.

Last but not least, Benji, Louw and Evan shared the books that they would recommend to someone interested in launching or working at a startup. These were their top picks:

You can watch the full video of the evening here. 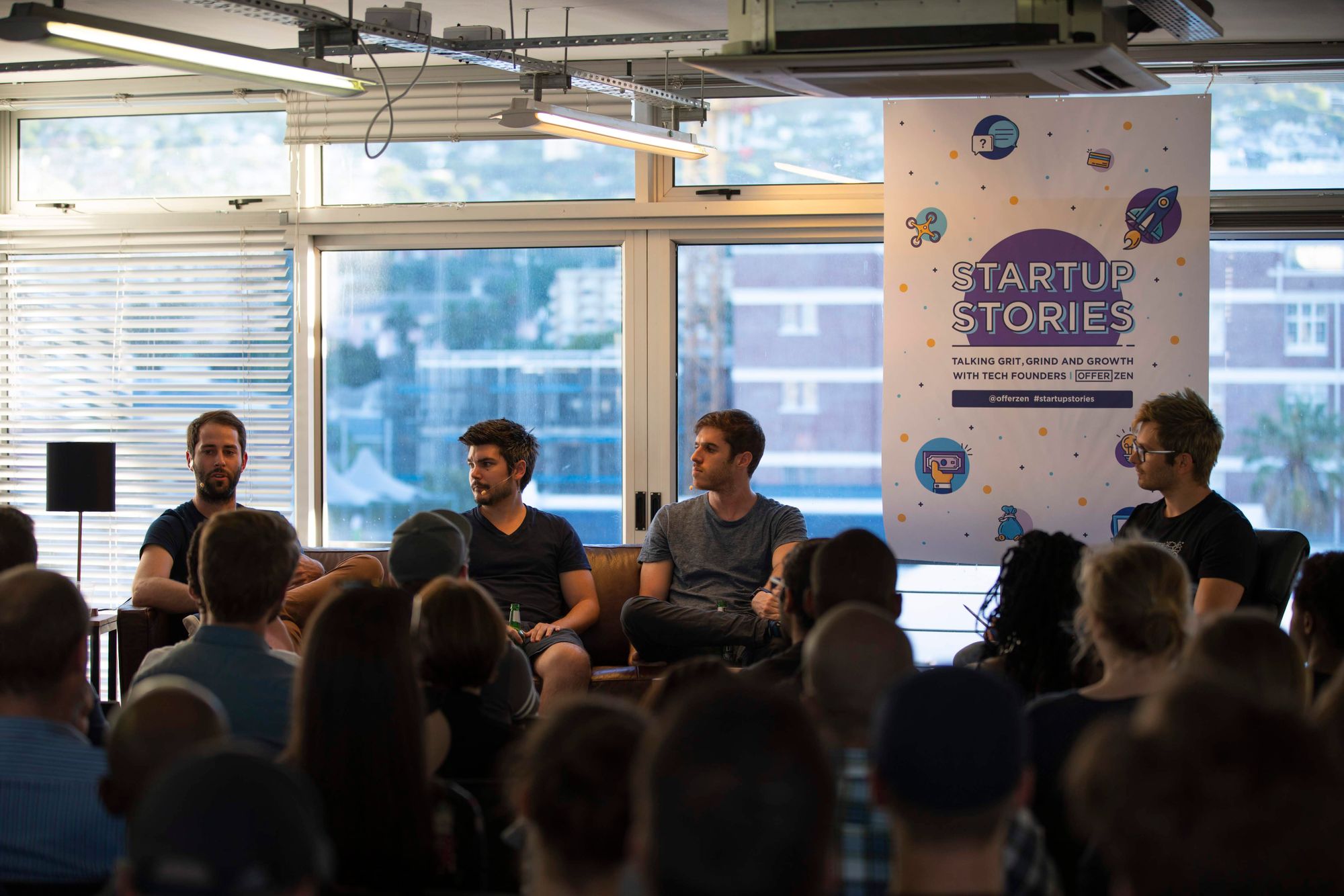