How I Learnt To Fail Gracefully

As a generation, we were never really taught how to fail. Instead, we were given participation trophies and numerous pats on the back, and whenever we weren’t good at something, we simply stopped doing it. I didn’t realise how hard it was to fail until it actually happened to me. Here’s what I learnt and how I bounced back.

About a year into my master’s, I could already see that I probably would not make it through the degree. I was falling behind my peers and my supervisors were disappointed in me, but I had no idea how to remedy the situation. Instead of doing something proactive to get ahead, I started doing less and less.

When the two years were up, I applied for an extension, envisioning myself working harder than ever. I was sure that the extra time would definitely be given to me because things always work out. This time, though, they didn’t. The Head of Department contacted me and told me I would not be able to finish. This left me feeling paralysed because I have never not completed something that I set out to do.

I spent a long while wallowing and hiding away from the world. In my mind, what had happened was unforgivable and there would be no future prospects coming my way. After a few months, however, I realised that this attitude was unfeasible and I needed to start looking for a job. While I had been lucky enough to have my parents supporting me financially, I wanted to be someone who had a future and could contribute to society myself and so, I did the scariest thing I could think of at that moment and sent out my CV.

I got a job quickly, and 18 months on, I’m in a totally different place. I am thriving in my current position and think about failure completely differently. I no longer see it as something crushing, but rather as an opportunity to learn from. Here are the three key realisations that helped me get there:

You are more than your mistakes

When I wasn’t able to finish my master’s, it was hard to accept that I had just wasted two years of my life and disappointed my parents, my supervisors, my peers, my friends… the list in my head went on and on.

After I snapped out of my wallowing and decided that I needed to get a job, I realised that no one except for me was clinging to this failure of mine. The people that support me most see me as someone who has succeeded at a lot of things in life, and just because this one thing had gone wrong for me, it didn’t negate all the other good experiences and strengths that I had.

This helped me to realise that this one bad occurence didn’t define everything about me: Rather it was something that had happened to me; it wasn’t something that I was.

Now, if I ever feel defeated by something that has happened to me, I work to remember: 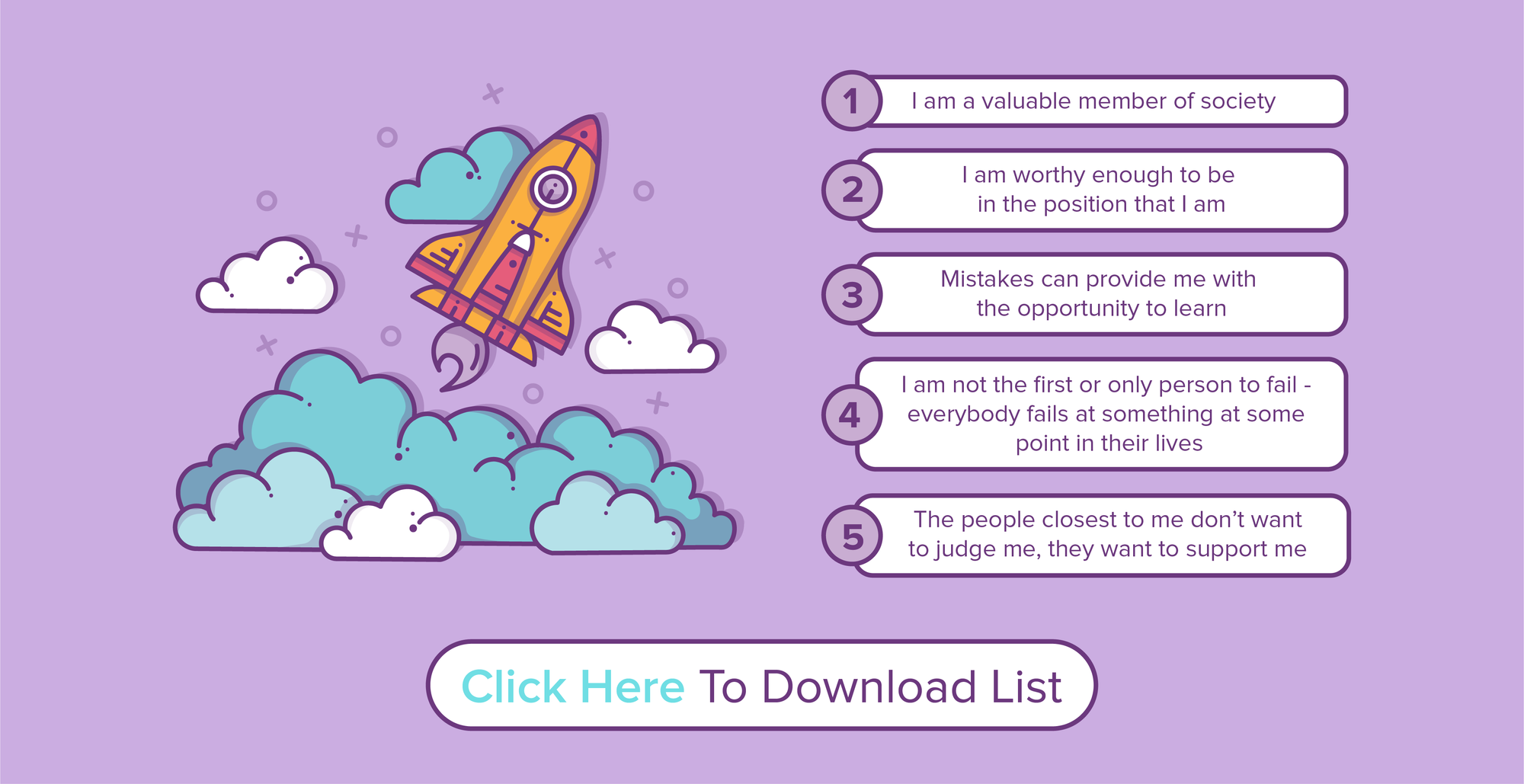 Some days are tougher than others, and it really helps me to be reminded of these affirmations. I stuck this list up on my mirror so that I can see it every day and be reminded that making mistakes really does not matter in the grander scheme of things.

Not having been able to complete the challenge that was getting through my master’s degree, I was completely devastated that my expectations for myself and my future didn’t turn out exactly as I thought they would.

After I had taken the time to feel the pain and reflect on the situation, I realised that having such strict expectations for myself was ridiculous and even a bit close-minded: Why would I limit myself to one future and one reality when I could find happiness and success in a multitude of possible scenarios? Case in point: I was studying to be a biomedical engineer and now, I’m working as a modeling and development engineer and really love what I am doing. Just because one thing didn’t work out, it didn’t mean that everything else wouldn’t either.

This will sound like a cliché, but I now know that life does not turn out exactly as you expect it to, and that’s okay. You can’t control what happens in the future – all you can do is be open to change when it comes along.

Having the right mindset is the key to moving on

Before I actually did the thing and sent in job applications, I wasted so much time worrying that I would be turned away.

To my surprise, I got a job quite quickly, and the idea that I might actually be able to make something of myself started coming back. I realised that no one at my new job cared much about the fact that I didn’t complete my master’s. Instead, they saw me as a competent member of their team who they were excited to work with.

This helped confirm my new way of thinking about how easily situations can be turned around if we just change how we think about them.

The more confidence I gained in myself, the more I started enjoying, and even excelling, at the work I was doing.

Changing my mindset taught me that reframing the way we think is the key to unlocking happiness. When I took a step back and reflected on what had happened and where it had led me, I realised:

How I plan to respond the next time I fail

Adelize van Eeden is a modeling and development engineer, working in Stellenbosch. After becoming an engineer, she explored some possibilities in academia and spent some time working abroad, until she found what really captivates her interest. Adelize enjoys being presented with a challenge and then using algorithms, signal and image processing as well as data analysis to come to a solution.