With EduOne, CEO Jason Basel and his team have created an end-to-end online platform geared towards students’ needs. Providing a plethora of information, textbooks, student loans and bursaries, the mothership site is aiming to cover every decision point in a student’s life from Grade 9 to getting their first job.

Since the official birthdate of the startup on the 5th of January 2015, co-Founders Jason Basel, Ben Rath and James Kieser have ambitiously aimed to tackle the main issues in the university sector and have created different niche platforms to do so: 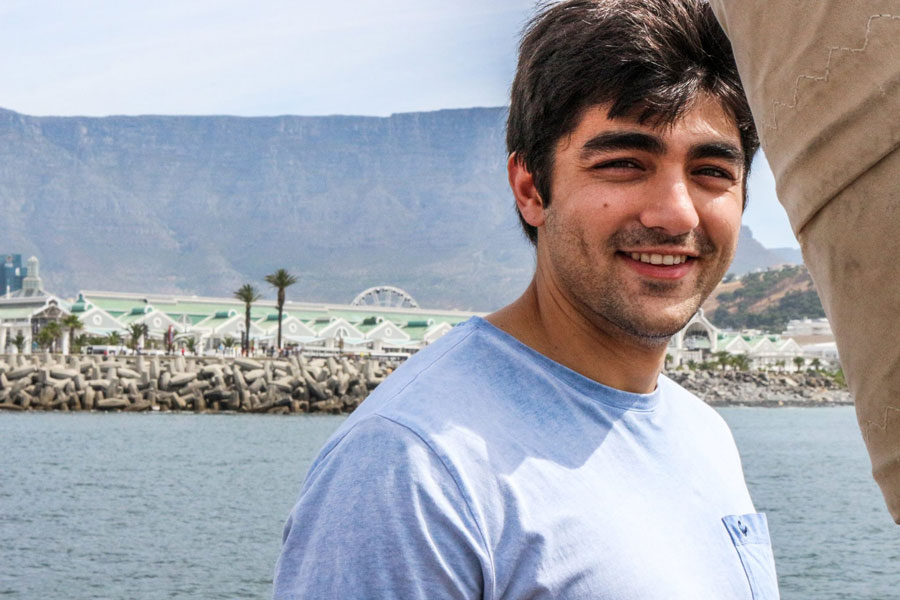 Everything started with Jason hating every second of his finance degree. “I went to maybe five lectures in my entire university career”, he says. “By the second semester of my first year, finance was nothing like what I thought it was going to be. People are either taking on huge amounts of debt to get themselves through varsity or their parents are paying for it - this is a really big thing.” That is when the idea of a website came to life: Jason wanted to spare high school students his disappointing experience and tell them what university was really like.

Talking to his friend James, now CIO of EduOne, they came up with the first concept. “Originally, the deal was to build a website with a whole bunch of student-written articles from people studying different degrees, who give a -as I call it- painfully practical perspective on how things really are”, Jason recalls. That’s when the concept of EduConnect (formerly Stoogle.co.za) was born. 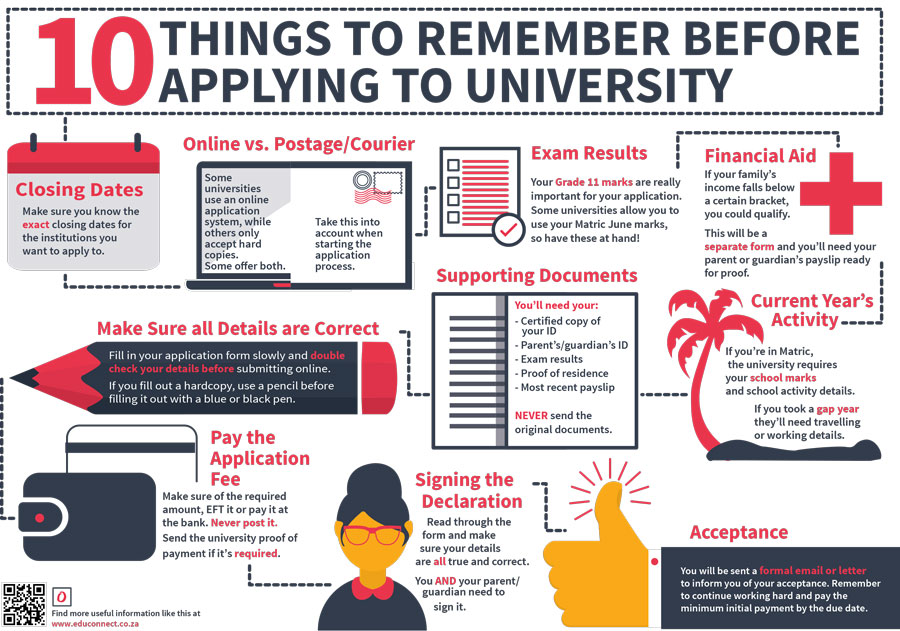 The information portal has articles, videos and tutorials and was the easiest part to start with, from a development standpoint. “We took the approach of starting with a product that had a low barrier to entry, so a quick and easy Wordpress site to build”, Jason says. He tackled the first 50 to 60 articles by himself to give the website some content.

The entire business plan was to get students using the site and maybe selling advertisement space on it once it had gained traction. “I never even thought about the money then”, Jason says.

“In order to grow, we hacked domain name servers and mapped google.com and facebook.com to our URL, so that, every time someone types in Google, it goes to our website”, Jason explains. By quoting these hacked visitor numbers, the duo managed to get their first advertiser. ”They actually know about it now and are okay with it. They just laughed”, Jason says. Then he went to talk at a lot of schools and Marketing Director Ben came on board.

“In order to grow, we hacked domain name servers and mapped google.com and facebook.com to our URL, so that, every time someone types in Google, it goes to our website.”

In the first quarter of 2016, the new trio managed to get seed funding through Fundi. By now, the platform has upwards of half a million users a month. Three full-time journalists and 12 senior ambassadors make sure that the website has around 15 new articles per month. Once a year, the whole team will go through all the information and make sure it’s up to date. That takes about two to four weeks but is important to stay relevant to the platform’s users.

EduConnect is a straight up lead generation and advertising tool that isn’t intended to make any revenue but rather generates users. “From here, we can funnel them off into the things that they are actually looking for, like a bursary, institutions to apply for or textbooks”, Jason explains.

After four years of varsity and hacking his way to some funding, Jason and his team tackled a second problem he had found in the educational sector: “People don’t actually realise how much bursary money there is out there and it’s actually a little bit scary”, he says. Some funds even have to close down because they don’t have enough applicants to ensure quality.

EduFunding currently has about 80 opportunities listed. “You can apply to all the funding opportunities through the website and we are actually hoping to launch a marketing campaign at the end of the year, where we will pay people if they can find a bursary that’s not on our platform yet.”

The bursars are the core of EduFunding. For them, it’s an end to end tool to list their opportunities, build their own application forms as well as manage their applications and funds.

“In addition, EduFunding offers a whole tonne of analytics and mentorship so all students that are actually funded can get monitored through a network of ambassadors all over the country”, Jason explains. The 165 ambassadors are students themselves and have to run through an initial training program online before they are taken on and are thereafter paid through monthly stipends.

If they want, the bursars can hire them as an oversight mechanism: they’ll provide ongoing support for the beneficiaries and provide feedback on their status and progress through a live feedback loop. “If they get any information that could potentially seem worrying, they can red-flag it and it shows up on the bursar’s side”, Jason explains. This feature is being charged per student but works out between R200 and R400 per month, as most of the process is automated.

“Because you have oversight, you can control the student quite effectively”, Jason says. This is being supported by a payments app, a mag strip card and NFC wristbands. Instead of giving students money into their bank account all at once, this lets the bursar restrict what they can spend the money on.

“Some student that’s never had R100 000 in their bank account before could easily blow it in three months.”

“Some student that’s never had R100 000 in their bank account before could easily blow it in three months”, Jason says. “Now you can restrict it to pockets like food, accommodation, textbooks -whatever you find necessary- and give the student a specific amount a month to spend on each pocket.”

By now, EduFunding has a network of 3 500 merchants, meaning all the bookshops and every campus merchant you can imagine, so that students can use their products almost everywhere.

Using the EduFunding platform is mostly free, both for students and for bursars. “Depending on what the bursar is, if they’re an NPO or if they’re looking for 10.000 applications versus five, there might be pricing that’s not prohibitive”, Jason says.

In the event that the funds are allocated to certain pockets like food, there is no charge however: “We get a kickback from the partner merchants for bringing buying power to them. That way, we can levy the cost against the merchant instead of the student or the bursar, so they don’t have to pay for it but we still make money.”

Growing a Business and Building Trust

The platform has a lot of functions and benefits - something that is not easy to communicate. “That is actually one of our biggest problems because how do you convey something this deep? The sales and the marketing of this are quite difficult because the value is so deep in the weeds”, Jason says.

“That is actually one of our biggest problems because how do you convey something this deep? The sales and the marketing of this are quite difficult because the value is so deep in the weeds.”

About two-thirds of the marketing efforts are focussed on SEO-optimisation. In addition, the company decided to do some legwork to get the word out: “Last year, we visited 800 high schools around the country, just to say: ‘Hey, this is what we’re doing.’” This year, Jason wants to visit even more and include up to 3 000 schools on his marketing drive in 2018. 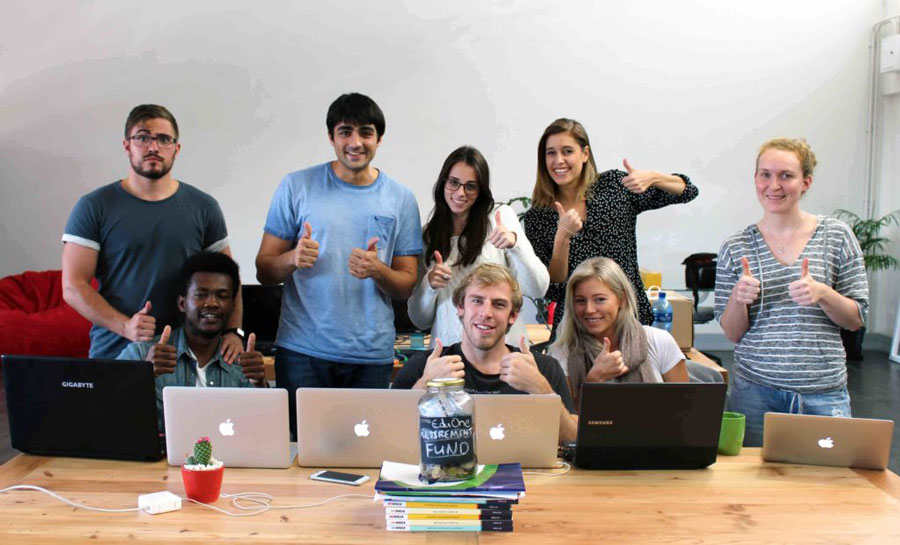 “As a tech person, I love tech and I want everything to go tech. It’s more efficient. But on an institutional level, there’s still a lot of distrust in tech. Everyone still wants some degree of feet on the ground -that’s why the student ambassadors are necessary”, Jason says. Ideally, he would like to let even that oversight process run digitally at some point though.

Staying in Touch with Users

To ensure that they don’t lose connection to the ground, EduOne has also put feedback mechanisms into place. Four to five times a year, the company is running internships for up to 10 high school students who not only get an insight into the working world of a startup but also give EduOne a chance to have extensive user interviews.

“That’s a very focused way of generating feedback and we’ve actually also set up an online platform for them to submit comments and suggestions as to how they would want the product to change.”

The Future of the Ecosystem

EduOne has managed to create a well served, self-servicing ecosystem that is quite complex. “I think if I were to do this again, I would narrow it down a bit”, Jason admits. “I think we went too broad, too quickly and perhaps either out of sheer luck or sales ability, we’ve managed to raise enough money to help us along to where we are now.”

Nevertheless, EduOne has no intentions of slowing down this year and plans to launch new niche products in beta:

Other industries, products and issues EduOne are after include the health professionals space, the provision of goods for students, the tutoring & mentoring space, e-learning, soft skills development, and the recruiting & jobs space. The sky is clearly the limit.